The Curse of Vision or an Ode to Sheep 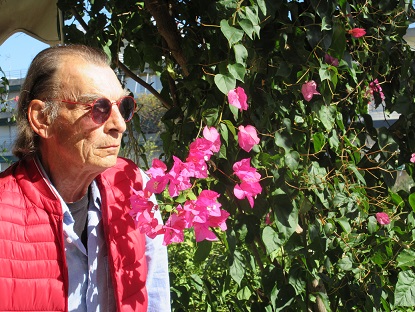 Sheep have no vision, nor dynamism. Their chief characteristic is a passive and submissive mass mind and the ability to be herded about before being slaughtered. They may provide the raw materials for wonderful warm knitwear or tasty roast dinners, but these are just about their only uses. And in truth we could probably get by without these things.

The problem is that sheep provide a highly tempting template for a largely unthinking humanity to revere and follow. The vast bulk of the 7.7 billion people alive in the world today have precisely the same mentality as sheep. They’re incapable of independent, creative thought or action of any kind. They’re perfectly happy to drift through life without a single original sentiment or noble aspiration. And they love it this way. They adore slavishly bowing to superior authority, obeying orders and generally being kicked about by those in power. They cannot envisage any other kind of world. Nor would most of them want to.

The herd mentality isn’t merely lethargy or moral vacuity but more crucially a form of spiritual bankruptcy. Being spiritual means being brave enough to disobey. To think the unthinkable and go beyond where we are. It means understanding there is more to life than the limitations of material world and that human beings are not sinful passive victims but apprentice gods.

Let’s be quite clear - thinking is difficult, painful and demands effort. This is why it’s always been deeply unfashionable and usually highly risky. The world neither likes nor respects thinkers – especially original ones –  and invariably regards them as a dangerous threat. It often reels from their vision. Our fragile Earth has very often been an arid place for such individuals. Ask Jesus, Socrates or Martin Luther King.

Perhaps this is because of some perverse and prevailing dynamic on Planet Earth in which humanity becomes trapped in the whirlpools and echo-chambers of its own limitations and preconceptions. Those ignorant of the esoteric realities mistakenly believe that supposedly well tried and tested systems or modus operandi can be preserved indefinitely. They fail to understand that no part of the universe, their world or indeed themselves remains static even for a nano-second.

Down the millennia those who have chosen to stray beyond acceptable social, political, religious or other boundaries have generally had a hard time. Those ignoring or challenging the norms have invariably been punished or sanctioned, usually painfully and often fatally by either religions, by the state or by the mob, and sometimes by all three.

Paracelsus was reviled by the medical establishment. Giordano Bruno got roasted alive by the Church for his cosmological dissent. Prometheus was condemned by the Greek gods to have his liver pecked out every day for daring to bring the fire of knowledge to humanity. And Marie Stopes was demonised by polite early twentieth century society in the United Kingdom for the sin of encouraging women to have control over their own reproduction.

Vision, fresh thought and creativity have always been the severe reality for that small minority of individuals who’ve been brave or imaginative enough to oppose the mainstream mass mind in which they find themselves immersed at any given time. These trail-blazers have always been destined to suffer at the hands of the controlling cabal or dominant authority of whatever kind. It’s always been this way and probably always will be.

Artists, writers, composers – creative people generally – have frequently been a reviled vanguard of humanity cursed by a far-reaching vision the majority are incapable and unwilling of perceiving. Rather than being revered as brave frontiers-people breaking open the boundaries of consciousness and possibility they have more often than not been marginalised, victimised or denounced as crazies. Many have died in poverty and obscurity.

Whether it’s been Dadaism, punk rock or heliocentrism, those exploring far beyond existing horizons are invariably demonised and trashed.

Many of the sailors accompanying Christopher Columbus across the Atlantic in 1492 were convinced that they would fall off the edge of a world the ecclesiastical authorities insisted was flat. To their credit they still embarked on this perilous journey. Their courage was rewarded.

Equally, spiritual and religious dissent have always been especially perilous occupations for those brave enough to risk such courses of action. Christianity alone has had more martyrs than the modern day population of Manhattan. But at least many of these have earned long-term notoriety by eventually being beatified as saints. And so, they didn’t always necessarily die in vain.

Real spiritual pioneers are indeed a rarity. Although millions of people have never heard of her, Helena Petrovna Blavatsky was one such notable individual. A wild child long before anyone got around to even inventing the term, she revealed ancient ideas in new guise to a world which even now fails to understand their immense significance.

Few people have been subject to such multiple layers of suffering, abuse and derision as this remarkable daughter of the Russian nobility. Virtually every episode of her life involved being ridiculed, scandalised, demeaned, victimised and falsely accused as she pursued her mission as the mid-wife of eternal verities. This was the inevitable price she had to pay for telling the truth as well as exposing the hypocrisy of religion, the cant of science and often futile navel-gazing of mainstream philosophy.

The architect of the modern theosophical movement she’s dubbed the Godmother of the New Age, although I doubt very much whether she would have greatly appreciated this moniker. Blavatsky was at the very cutting edge of dismantling the deeply conservative mental, religious and scientific conventions of the late Victorian age. And she paid the price for that.

Apparently selected by higher authority to reveal ancient and ageless truths to the real pioneers of her era, she was a deeply-flawed character but arguably the most original and bold thinker of the nineteenth century. Many of the great minds of that time found enormous resonance in her assertions. Subsequently, so did Albert Einstein and even Elvis Presley (1).

It’s been a long-term project to instil mind of any kind into laggard humanity. Remember that in earlier development periods injecting mental capacities proved almost insurmountably difficult and so outside help was required. Those shepherding the human project were obliged to send in the Lords of the Flame from Venus to achieve this objective. Only esotericistst understand or accept that it took such concerted external influence to achieve this even on a modest level. And even now this has only been a partial success. Only a tiny hard core has achieved this in any significant way.

But it doesn’t have to be this way. Imagination, intuition and vision are available to any of us at any time we choose to deploy them.

The softer option of being a sheep is also available.

1) Elvis Presley was particularly taken with the works of Helena Blavatsky, whose teachings greatly influenced the Roerichs. Elvis was known to read passages of The Secret Doctrine out loud to the audience while he was on stage.