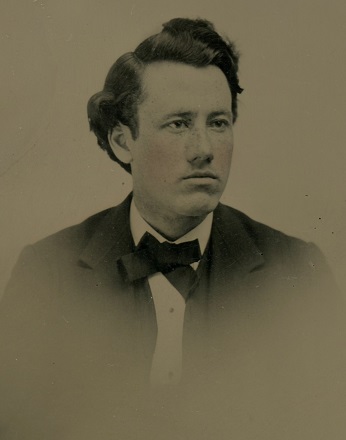 An introduction by David M. Grossman:

[With the depth and breadth of the theosophical literature available since the initial impulse of the modern THEOSOPHICAL MOVEMENT marked by the formation of the Theosophical Society on November 17th 1875 in New York City with H.S. Olcott presiding and delivering its inaugural address and with H.P. Blavatsky, Wm Q. Judge among others in attendance, one cannot expect to have read all the theosophical books and articles in existence.

One such article many might have missed, and a seminal one at that, is “Aphorisms On Karma”, by Judge.  Each of these aphorisms when reflected on cannot help but broaden our understanding of this fundamental law of life and can possibly help us as conscious karmic agents in our own right.]

The following among others not yet used, were given to me by teachers, among them being H. P. Blavatsky. Some were written, others communicated in other ways. To me they were declared to be from manuscripts not now accessible to the general public. Each one was submitted for my judgement and reasons; and just as they, aside from any authority, approved themselves to my reason after serious consideration of them, so I hope they will gain the approval of those my fellow workers to whom I now publish them.  –  WQJ

(1) There is no Karma unless there is a being to make it or feel its effects.

(2) Karma is the adjustment of effects flowing from causes, during which the being upon whom and through whom that adjustment is effected experiences pain or pleasure.

(3) Karma is an undeviating and unerring tendency in the Universe to restore equilibrium, and it operates incessantly.

(4) The apparent stoppage of this restoration to equilibrium is due to the necessary adjustment of disturbance at some other spot, place, or focus which is visible only to the Yogi, to the Sage, or the perfect Seer: there is therefore no stoppage, but only a hiding from view.

(5) Karma operates on all things and beings from the minutest conceivable atom to Brahma. Proceeding in the three worlds men, gods, and the elemental beings, no spot in the manifested universe is exempt from its sway.

(6) Karma is not subject to time, and therefore he who knows what is the ultimate division of time in this Universe knows Karma.

(7) For all other men Karma is in its essential nature unknown and unknowable.

(8) But its action may be known by calculation from cause to effect; and this calculation is possible because the effect is wrapped up in and is not succedent to the cause.

(9) The Karma of this earth is the combination of the acts and thoughts of all beings of every grade which were concerned in the preceding Manvantara or evolutionary stream from which ours flows.

(10) And as those beings include Lords of Power and Holy Men, as well as weak and wicked ones, the period of the earth's duration is greater than that of any entity or race upon it.

(11) Because the Karma of this earth and its races began in a past too far back for human minds to reach, an inquiry into its beginning is useless and profitless.

(12) Karmic causes already set in motion must be allowed to sweep on until exhausted, but this permits no man to refuse to help his fellows and every sentient being.

(13) The effects may be counteracted or mitigated by the thoughts and acts of oneself or of another, and then the resulting effects represent the combination and interaction of the whole number of causes involved in producing the effects.

(14) In the life of worlds, races, nations, and individuals, Karma cannot act unless there is an appropriate instrument provided for its action.

(15) And until such appropriate instrument is found, that Karma related to it remains unexpended.

(16) While a man is experiencing Karma in the instrument provided, his other unexpended Karma is not exhausted through other beings or means, but is held reserved for future operation; and lapse of time during which no operation of that Karma is felt causes no deterioration in its force or change in its nature.

(17) The appropriateness of an instrument for the operation of Karma consists in the exact connection and relation of the Karma with the body, mind, intellectual and psychical nature acquired for use by the Ego in any life.

(18) Every instrument used by any Ego in any life is appropriate to the Karma operating through it.

(19) Changes may occur in the instrument during one life so as to make it appropriate for a new class of Karma, and this may take place in two ways: (a) through intensity of thought and the power of a vow, and (b) through natural alterations due to complete exhaustion of old causes.

(20) As body and mind and soul have each a power of independent action, any one of these may exhaust, independently of the others, some Karmic causes more remote from or nearer to the time of their inception than those operating through other channels.

(22) Karma may be of three sorts: (a) presently operative in this life through the appropriate instruments; (b) that which is being made or stored up to be exhausted in the future; Karma held over from past life or lives and not operating yet because inhibited by inappropriateness of the instrument in use by the Ego, or by the force of Karma now operating.

(23) Three fields of operation are used in each being by Karma: (a) the body and the circumstances; (b) the mind and intellect; the psychic and astral planes.

(24) Held-over Karma or present Karma may each, or both at once, operate in all of the three fields of Karmic operation at once, or in either of those fields a different class of Karma from that using the others may operate at the same time.

(25) Birth into any sort of body and to obtain the fruits of any sort of Karma is due to the preponderance of the line of Karmic tendency.

(26) The sway of Karmic tendency will influence the incarnation of an Ego, or any family of Egos, for three lives at least, when measures of repression, elimination, or counteraction are not adopted.

(27) Measures taken by an Ego to repress tendency, eliminate defects, and to counteract by setting up different causes, will alter the sway of Karmic tendency and shorten its influence in accordance with the strength or weakness of the efforts expended in carrying out the measures adopted.

(28) No man but a sage or true seer can judge another's Karma. Hence while each receives his deserts, appearances may deceive, and birth into Poverty or heavy trial may not be punishment for bad Karma, for Egos continually incarnate into poor surroundings where they experience difficulties and trials which are for the discipline of the Ego and result in strength, fortitude, and sympathy.

(29) Race-Karma influences each unit in the race through the law of Distribution. National Karma operates on the members of the nation by the same law more concentrated. Family Karma governs only with a nation where families have been kept pure and distinct; for in any nation where there is a mixture of family - as obtains in each Kaliyuga period - family Karma is in general distributed over a nation. But even at such periods some families remain coherent for long periods, and then the members feel the sway of family Karma. The word "family" may include several smaller families.

(30) Karma operates to produce cataclysms of nature by concatenation through the mental and astral planes of being. A cataclysm may be traced to an immediate physical cause such as internal fire and atmospheric disturbance, but these have been brought on by the disturbance created through the dynamic power of human thought.

(31) Egos who have no Karmic connection with a portion of the globe where a cataclysm is coming on are kept without the latter's operation in two ways: (a) by repulsion acting on their inner nature, and (b) by being called and warned by those who watch the progress of the world.