The Last Song of the Swan - Editorials, The Lucifer Collection, Volume II 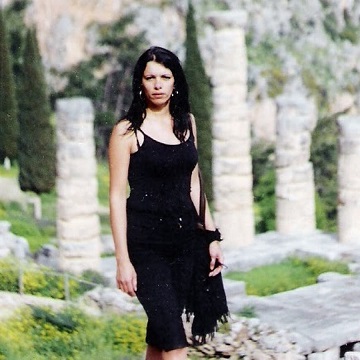 [Note from the editor: All references are to VOLUME II of The Lucifer Collection. Obtain your copy through AMAZON click HERE]

The second volume of “The Lucifer Collection,” entitled The Last Song of the Swan, presents all editorials published in Lucifer magazine while Helena Petrovna Blavatsky was the editor. The title given to the present volume is the same as H.P.B’s editorial for February 1890.[1] The editors chose it specifically because Lucifer was indeed one of her last "songs" before dying. In that editorial she discussed the pandemic, (which in 1891 was the cause of her death), and other problems affecting the world. One of such problems was electricity. Yes, The Theosophical Society’s mother was critical regarding electricity and even quoted an incident, in New York, about a horse that touched an electric wire and dropped dead. Then someone else touched the horse to help and dropped dead, then a third person went to help and received a powerful electric shock. “This is a cheerful prospect and looks indeed as if it were one of the ‘last songs of the Swan’ of practical civilization,”[2] said Blavatsky. Perhaps, in her mind, people were just too lazy to light their candles. Still, her editorial was a criticism of the press that highlighted (and still does) evils, ignoring acts of compassion and altruism. In any case, Blavatsky wasn’t on friendly terms with some environmental and scientific changes during her lifetime. She was promoting another kind of change, i.e., to show people that there is such a thing as a spirit and soul. She also promoted universal brotherhood and aspired to free the masses from slavery to conventionalities, or the simulation of feelings according to socio-cultural standards, by showing the importance of seeking the truth and living a spiritual and compassionate life. 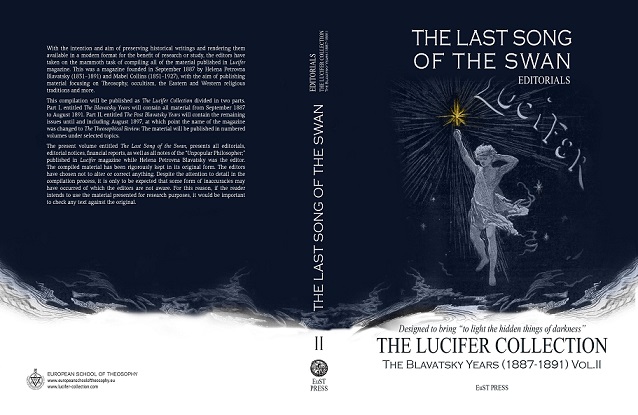 In this manner, the name of the magazine was no accidental choice. The first editorial explained that Lucifer was chosen as a name because it represented “the divine spirit which sacrificed itself for humanity, the Morning Star.”[3] To illustrate that, she quoted Revelation 22:16: “I, Jesus, have sent my angel to give you this testimony for the churches. I am the Root and the Offspring of David and the bright Morning Star.” Lucifer is “a ray of truth on everything hidden by the darkness of prejudice, by social or religious misconceptions; especially by that idiotic routine in life.”[4] By ‘idiotic routine,’ she meant slavery to “the established opinions of the day;”[5] conventionalities, social hypocrisy. In her view, “truth is a gem that is found at a great depth; whilst on the surface of this world, all things are weighed by the false scales of custom…” The magazine aimed to go beyond conventionalities, established opinions, prejudices and superstition. To offer a pearl of ancient wisdom, a non-dogmatic approach.

Furthermore, the motto of Lucifer was “to light the hidden things of darkness” Corinthians 4:5. In this manner, both the name and the motto indicated truth as the publication’s primary aim. The magazine aimed “to bring light to ‘the hidden things of darkness’ to show in their true aspect and their original real meaning things and names, men and their doings and customs; it is finally to fight prejudice, hypocrisy and shams in every nation, in every class of Society, as in every department of life.”[6] In dismantling conventionalities and prejudices, Lucifer claimed that Theosophy entered the arena to break up racial, social discrimination, and dogma barriers. For instance, in What Good has Theosophy Done to India? there is a discussion on how The Theosophical Society managed, for the first time after many centuries of division and hatred, to bring together Brahmans, Buddhists, Muslims and Christians. The first object of The Theosophical Society was emphasized as follows:

“Universal religion can only be one if we accept the real, primitive meaning of the root of that word. We, Theosophists, so accept it; and therefore say, “We are all brothers—by the laws of Nature, of birth, and death…let us unite ourselves to form a practical “nucleus of a Universal Brotherhood of Humanity WITHOUT DISTINCTION OF RACE, CREED, OR COLOUR.”[7]

In this manner, Lucifer magazine also aimed to show that there is one essential unity underlying all religions and spiritual traditions. Perhaps, most importantly, to remind people that there is something such as a spirit and soul, as “public thought…had exiled from literature every reference to Soul and Spirit and their divine working…”[8]

Blavatsky considered literature as “the public heart and pulse,”[9] and as such, gave great importance to works of fiction, “Literature—once wrote a critic—is the confession of social life, reflecting all its sins and all its acts of baseness as of heroism. Books do not represent one man, but they are the mirror of a host of men.”[10] She considered fictional works not as mere fancies of imagination, but “true presentiments of what lies in the bosom of the future, and much of which is already born.”[11] The production of Theosophical, occult and mystic literature was one of the most important aims of Blavatsky. However, she always emphasised that true spirituality or religion can be understood only by a profound inner realisation of the essential unity binding all beings.

According to her, the mind is linked both to the human and the spiritual soul. When connected to the human soul, it reflects personal desires, passions and functions selfishly. When attached to the spiritual soul, it reflects divine love and spiritual aspirations. In this manner, the mind often struggles between the heights of the spiritual soul versus the human soul’s attachments and desires. The occultist, said H.P.B., cannot serve two masters and must inevitably choose to live either a spiritual or mundane life. Consciousness is polarised between the mundane and the spiritual and cannot perceive spiritual truths while functioning within such polarities. For Blavatsky, there are three types of truths: a. absolute and relative; b. sublime and spiritual; c. mundane. Mundane truths, for example, are linked to social rules and notions of respectability, “Society of the middle classes is honeycombed with false smiles, false talk, and mutual treachery.”[12]

“Where then is even relative truth to be found? If so far back as the century of Democritus, she appeared to him under the form of a goddess lying at the very bottom of a well, so deep that it gave but little hope for her release; under the present circumstances, we have a certain right to believe her hidden, at least, as far off as the ever invisible dark side of the moon.”[13]

Nonetheless, Blavatsky pointed out that as one manages to elevate consciousness towards the spiritual, divine consciousness, it is only possible to have but a glimpse of spiritual, sublime truths. To exemplify that H.P.B. used an analogy, probably inspired by Plato’s Cave, “man’s consciousness…is only the sunflower of the earth. Longing for the warm ray, the plant can only turn to the sun, and move round and round in following the course of the unreachable luminary: its roots keep it fast to the soil, and half its life is passed in the shadow.”[14]

One of the editorials in which Blavatsky pointed out the notion that soul and spirit are, in public opinion, ideas of ignorant people is in the letter she wrote to the Archbishop of Canterbury, Edward White Benson (1829 –1896):

“The world is being rapidly brought to the conviction that god is a mythical conception…that the immortal part of man is the silly dream of ignorant savages perpetuated by the lies and tricks of priests, who reap a harvest by cultivating the fears of men that their mythical God will torture their imaginary souls to all eternity, in a fabulous Hell. In the face of all these things, the clergy stand in this age dumb and powerless. The only answer which the Church knew how to make to such “objections” as these were the rack and the faggot; and she cannot use that system of logic now.”[15]

She argued that Christianity needed to change its discourse because the doctrines of hell and heaven are obsolete. Such ideas are the cause of atheism. She claimed that atheists are the children of the Church.

One of the most interesting points of her letter to the Archbishop is her discussion on what is religion. For Blavatsky, religion is crucial for humanity as long as it does not hinder progress due to dogmatic and obsolete ideas. She wrote that religion is a “natural incident in the life of man in his present stage of development; and that although in rare cases, individuals may be born without the religious sentiment, a community must have a religion, that is to say, a uniting bond–under penalty of social decay and material annihilation.”[16]Any religion that obstructs the moral, intellectual and spiritual progress of humanity is false. True religion must involve freedom and adapt itself to the intellectual needs of the time. Blavatsky defined religion from a functionalist perspective, i.e., religion is important because it functions as a uniting bond among people. Its function is not to create dogmas and divisions but “to comfort and encourage humanity in its life-long struggle with sin and sorrow.”[17] In this manner, true religion is dynamic, not crystalised and dogmatic. It evolves and adapts itself to the needs of the time, presenting its intellectual, spiritual and moral teachings accordingly.

To show how true religion should be dynamic, Blavatsky discussed the importance of situated knowledge. In other words, knowledge, such as spiritual, moral and intellectual, always reflects particular circumstances linked to different socio-cultural backgrounds:

“…the transcendentally spiritual ideas of the ruling powers of the Universe entertained by an Oriental sage would as false for the African savage as the grovelling fetishism of the latter would be for the sage, although both views must necessarily be true in degree, for both represent the highest ideas attainable by the respective individuals of the same cosmic-spiritual facts, which can never be known in their reality by a man while he remains but man.”[18]

H.P.B. explained that Theosophy is not a religion, but “a philosophy at once religious and scientific; and that the chief work...of the Theosophical Society, has been to revive in each religion its animating spirit, by encouraging and helping enquiry into the true significance of its doctrines and observances.”[19] When one studies the meaning of religious dogmas and rituals, the underlying unity of all religions will become evident. That underlying unity is the Secret Doctrine, used by H.P.B. as synonymous with Theosophy. However, one can talk about doctrines and teachings, but, according to her, one cannot understand the most profound teachings of any religion through a normal state of consciousness. Her letter to the Archbishop shows that, in her view, the Church needs to be open to different creeds and consider the fundamental unity underlying all religions: Theosophy.

In this manner, Lucifer magazine was like the Phoenix Rising amidst the confused and hesitating masses, burning down conventionalities and prejudices, turning dogmas into ashes and showing that true religion is not crystalized but dynamic. It does not enchain people to obsolete ideas but liberates them and promotes progress. It sheds light on the idea that there is more than what is apprehended by sense-perception; there is a soul, a spirit. To reach the realm of the soul and obtain glimpses of spiritual truths, one needs to practice self-knowledge. However, that is not enough, as in Blavatsky’s view, to experience the soul’s realm and have glimpses of sublime truths, one must achieve an altered state of consciousness by way of meditation, spiritual practices and illumination.