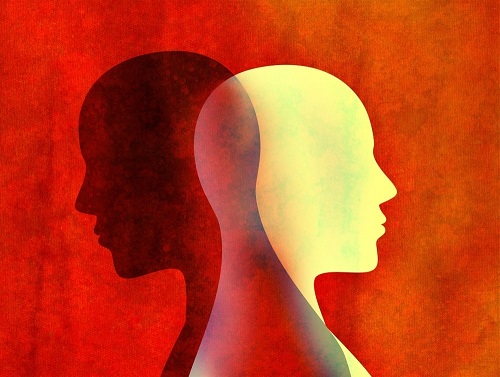 Many Theosophists consider themselves above the blind acceptance of ideas and think that while others may adhere to a belief system, they themselves accept ideas solely on their intrinsic merits. I used to think this about myself, and thought that I was the most objective, open-minded and clear-thinking person I knew. Most definitely I am none of these things -- sad experience has taught me better. While I still see this arrogance implied in the speech and writings of fellow Theosophists, I have come to realize how much of my own world-view is part of an "inherited" package of sorts -- those ideas and ideals that have come to me as part of my theosophical upbringing and education. My conclusion is that many Theosophists' beliefs are as dogmatic as those of any religious fanatic.

Before anyone "gets their knickers in a knot," as a friend's grandmother was once fond of saying, perhaps I had better explain how I came to this somewhat "heretical" conclusion. A few who read this may know that I have been an Associate of the United Lodge of Theosophists for most of my adult life. Fewer may know that for a while now, I have questioned the "ways and means" of the work at the ULT, not because I pretend to know any better myself, or because I suddenly became argumentative, but because I saw an entrenched rigidity that had nothing to do with the principles upon which the Lodge was founded. Because I question authority, and ask that the system be opened up for wider participation, some students there (but hopefully, not all) may consider me a renegade of sorts, perhaps even a danger to the ULT.

Recently, I have been reading about the revolutionary transformation brought about by the publishing of Charles Darwin's On the Origin of Species in 1859, and the gradual acceptance of the theory of evolution until it became virtually an unquestioned dogma among the men and women of science. (The details of that theory, its shortcomings and lack of empirical evidence are unimportant here; anyone interested in the subject might want to read Evolution: A Theory in Crisis by Michael Denton). It occurs to me that thinkers in two widely different arenas have transformed preconceived ideas into facts and suggests that similar psychological and sociological "acceptance mechanisms" of belief operate among scientists and in the theosophical world!

How does this occur? Let us examine a typical if hypothetical "organization," "movement" or set of ideas, as it becomes an "institution." Most such groupings of individuals have to fight to be born, require a great deal of creative energy and are founded by visionary types who carve out a space for their cause. When fully established, the once-radical group becomes by turns more and more conservative, seeking to maintain its status and stature against all sorts of internal and external forces. This process may take place gradually or swiftly, but it invariably occurs sooner or later. Eventually, it tends to attract those people with the need and ability to fill the role of protector or guardian, who gravitate toward politics, holding office, running elections, etc.

This kind of institutionalization occurred with the acceptance of the Darwinian version of evolution, an outcome never anticipated nor wished for by Charles Darwin. He might have been appalled by the hostile attitudes that have often been displayed toward challengers and dissenters. The idealized free and open pursuit of facts that should be the heart and soul of the scientific community was gradually degraded into orthodoxy. Once certain aspects of the special theory of evolution were shown to operate within species, the general theory was widely applied to all aspects of evolution and to the very origins of life. Despite the lack of direct evidence for the theory, it began to be touted as proven fact. Since truth was obviously at hand, It was an easy step to regard dissent almost by definition as "irrational," since who in their right mind would dispute "truth?"

Why do theosophists think themselves immune from the psychology of belief? Several reasons come to mind, and no doubt critics of this piece will think of more and better ones than I can suggest:

One solution perhaps is to examine our most cherished fundamental assumptions about the world, and then be willing to make application to our own situations, painful though that process may be. Theosophical principles should be applicable to all phases of our lives, if they are to have real meaning. One of those areas certainly should include our theosophical institutions. This would constitute real growth, not only for individual students but also for the groups to which we belong.