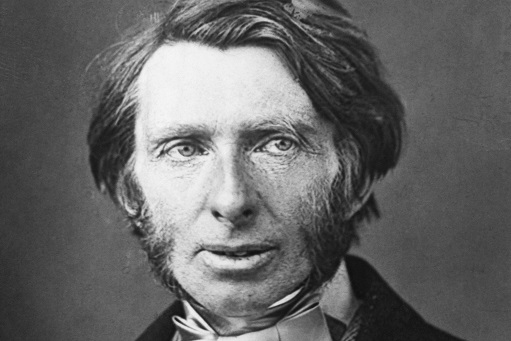 [This article appeared in the December 2020 issue of The Theosophical Movement. For more articles published in this excellent magazine follow this link: http://www.ultindia.org/previous_issues.html]

The Coronavirus pandemic has shown that our consumerist oriented society has been extremely damaging to Nature, forcing us to consider if there are other ways to live life. The economic activities of buying, selling, making money etc. underwent a radical change with the appearance of the book, The Creation of Wealth, by Scottish thinker, Adam Smith, in eighteenth century, as then, the economists regulated the economic activity, leading to disastrous results. However, in his book, Unto This Last, John Ruskin criticized The Creation of Wealth, saying that the book is based on the assumption that man does not have a soul and that greed and self-interest are his only guiding factors. While it may not be of much consequence, whether human body has a skeleton or not, but from the spiritual point of view it is of paramount importance to understand that human beings are souls having a human experience, and not bodies having a soul.

A closer observation reveals that in choosing our livelihoods, not all of us are motivated by the need to make money. There are many who have left lucrative jobs that were unsatisfying in order to do what their souls wanted them to do. In fact, there are those who say they have healthy disrespect for money, meaning thereby that they refuse to do anything just for money. The author says that when you refuse to be controlled by money, you have the freedom to decide what you will or will not do. “As we go into a post-corona world, my belief is that more and more will be unshackling from jobs that suit neither their souls nor the environment,” writes Suma Varughese.

Ruskin further argues that it is not necessary, as economics suggests, that if the interests of two parties are opposed, as happens in employer-employee relationship, they will be antagonistic with each other. He says that if there is only a crust of bread in the house, and mother and children are starving, then it is easy to see that if the children eat it, then the mother must remain hungry, and if the mother eats it, then the children must go hungry. “But it does not necessarily follow that there will be ‘antagonism’ between them, that they will fight for the crust, and that the mother, being the strongest, will get it and eat it.” This and the like arguments by Ruskin just show that unless we bring in ethical and moral dimensions in our dealings with money, we can bring only evil upon ourselves and our world. We see that in our capitalist world, with the aim to make profit, there has been exploitation of resources and labor. We are able to see now that we live in an ethical universe, and we now seem to be reaping the “rewards” of prioritizing money over people. “The miasma of greed in which we are presently submerged fails to show us how self-destructive our behavior is….Let us put money in its place,” writes Varughese. (Life Positive, May, 2020)

Our perceptions are colored by our conceptions. We need to have right concept regarding Deity, Nature and Man. Theosophy teaches that man is a soul, and the universe exists for the experience and emancipation of the soul. Mind, or rather an attitude of mind, is the cause of his bondage and freedom from the wheel of birth, death and re-birth. Whatever may be our possessions—money, ideas, knowledge or powers—our attitude towards them must be that of trusteeship and not of ownership. The trustees are constrained to use the funds only for the purposes or objects for which the trust was set up. So also, we must use our possessions for higher purposes, for the good of humanity.

Light on the Path says, “Desire possessions above all.” What kind of possessions? The answer is: “But those possessions must belong to the pure soul only and be possessed therefore by all pure souls equally.” These refer to wealth of soul and spirit. There are people rich in love, rich in sympathy, rich in compassion, rich in wisdom. These are possessions to be desired and shared with others.

It is the attitude of selfishness and careless indifference, of the rich towards the poor, that is responsible for the inequalities in the society, and that is because we are losing sight of the fact that we are interconnected on the inner planes of our being. “If the action of one reacts on the lives of all…then it is only…by all practicing in their daily lives true brotherhood and true sisterhood, that the real human solidarity, which lies at the root of the elevation of the race, can ever be attained.” (The Key to Theosophy, p. 232)