The Paradox of Self-Transformation 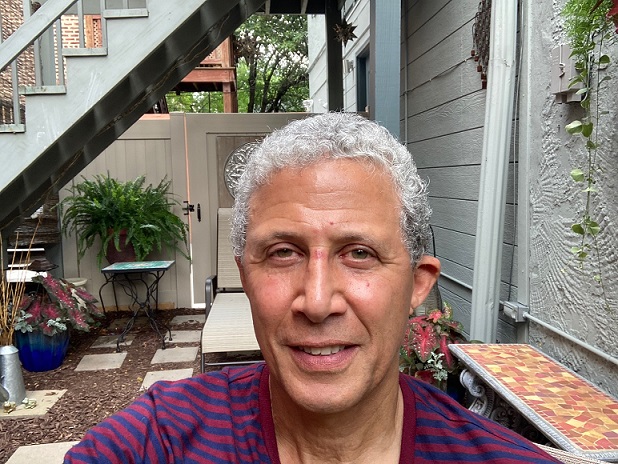 In Tibetan Buddhist practice there are numerous ceremonies held specifically for a long life. From our personal perspective living a long life has many good features. From the spiritual point of view the emphasis on long life goes beyond mere personal preference. Because the scope of Wisdom is infinite and our moment of incarnation is so brief, in order for us to actually cultivate the experience of wisdom, we ask to be blessed with long life, presence of mind, and health.

The Mission Statement of the Theosophical Society says that its mission, and by extension that of its individual members, is to cultivate three specific things: (1) A deepening understanding and realization of the Ageless Wisdom; (2) the unity of all life; and (3) spiritual self-transformation. Let us talk about the third one.

In the absence of some shift in the center of our awareness, a meaningful association with wisdom is difficult to impossible. Our normal approach tends to be self-centered. The things that we want for ourselves, who we believe ourselves to be, seem to be very fixed and static. Obviously, it is always in flux, but we feel much more comfortable with the seemingly solid identities we embrace. So a conflict between this cherished sense of self and “reality”. Generally, when we consider what it means to transform, we think in terms of change, but we also think in terms of a process that leads to that change. Spiritual self-transformation is not just shifting personal habits, but we like to have the security and stability of a clearly delineated process. So in all of the spiritual traditions of which I am aware, the process is depicted as steps along the path to enlightenment, illumination, or selftransformation.

Pick your tradition and there are specific steps that are enumerated. Yoga has its Eight Limbs. Tibetan Buddhism speaks about the graded path to enlightenment, the Lam Rim. Catholic Christianity has The Stations of the Cross. In a theosophical approach the practice we emphasize is study, meditation, and service. These are processes that we engage in with the assumption that they ultimately lead to self-transformation; that if we properly approach our study and our meditation, if we exert ourselves in compassionate conscious activity for others, at the end of that process the experience of illumination awaits us. Maybe it works that way; or maybe it does not.

We can say that there are people who had the experience of illumination or selftransformation. People such as Ramana Maharshi, Jesus, Buddha, Muhammad, and others led spiritual lives. They did the practice, the study, and it resulted in an experience that they then tried to teach. They spent a lifetime teaching, and everyone around them spent a lifetime listening. Very few actually had an experience of what these Teachers described.

There are people with no particular signs of holiness who also had the experience of self-transformation. Edgar Mitchell, who was an astronaut in the American space program, is one of the ones who walked on the Moon. He was a trained engineer and had no particular spiritual background or training. When he was coming back to Earth in the spaceship, he was looking out the window and seeing the planet beneath him. It was blue and perfect; he could not distinguish any lines between countries. In that moment he had the experience he described as “cosmic consciousness”. It changed him forever. When he got back to Earth, he spent the rest of his life using the tools of his scientific temperament and training to broaden an understanding of the effects of consciousness in the world.

There is a song that is one of the most, if not the most, widely known songs in the English language, called “Amazing Grace”. It is beautiful and talks about an experience of illumination that occurred to its author. His name was John Newton and lived in the 18th to 19th centuries. It starts: “Amazing grace, how sweet the sound, / That saved a wretch like me. / I once was lost, but now am found, / Was blind, but now, I see.” There are other verses, but it describes the moment when an experience of illumination descended upon him. 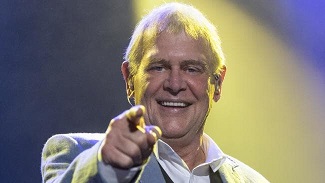 At the time he wrote the song he was a preacher, a minister in the Church of England, but the man he was when this enlightenment occurred was a very different one. They say that “every saint has a past, and every sinner has a future”. This man was a saintly preacher when he wrote the song, but the song is about an experience he had when he was actively engaged in the slave trade.

Newton was buying and selling African people and shipping them across the Atlantic Ocean for use in the Americas. It was while fully engaged in this clearly unholy activity that this “Amazing Grace” descended upon him. It was not the result of any conscious spiritual process. It was an event that had its roots in something unseen to us. Self-transformation has a process that we engage in, but the actual experience is something utterly different. Obviously, the two have some relationship, but we make a mistake if we pretend to understand it.

When the Buddha had his enlightenment he returned and gave his first sermon to the five people who had been with him when he was seeking through ascetic practices. As he spoke, one of them, hearing the very first words that He said, experienced enlightenment. The person who was with him the longest, his beloved disciple and attendant, Ananda, was with him for forty-five years. He saw people come, meet the Buddha briefly, and have the experience of enlightenment; others came and studied with him, listened to his teachings for years, then had the experience of enlightenment, but Ananda never had it. He was with the Buddha every day for all those years, doing the practice and the study.

After the Buddha died his disciples were trying to put together all the teachings he had given during his life. Because Ananda had heard all of them, he was going to be the main person to recite the various teachings, yet he was reciting them without any enlightenment of his own. But immediately before sharing his memories of the Buddha’s teachings, Ananda finally had his experience of enlightenment.

The people who have had the experience, recognize the event of selftransformation as the pinnacle of human potential, and declare that this liberation of the universal consciousness from the limitations of personality is the goal of the human stage. Those who have had this experience, or even lesser degrees of it, spend a lifetime helping others to cultivate that same awareness. Every one of them says that it is impossible to describe. Processes can be taught, learned, and practiced, but the experience is unspeakable.

Within each of us a divine seed is said to be planted — an embryonic life encased in a shell. The encasing agency nourishes and protects the life, but also confines and limits its expression. Just like a seed is planted in soil, the soil in which the divine seed is planted is the human personality. Accordingly, the process we describe as the spiritual life can be equated to the process that is undergone by a gardener.

Once we become aware of this lifegiving potency within us, and we have some awareness of its potential for expression and life, then we start to learn about what we can do to make it grow. That is what a gardener does. He studies, observes, watches, and then adjusts the conditions to suit the needs of the seed. With us, we call it study, meditation, and service. These are the things that dissolve the encasement that hides the life. We dissolve the firm, fixed identities that we have cultivated and cling to, and with that dissolution the opportunity arises for the life to grow beyond the encasing shell.

The gardener knows how to create conditions but knows nothing about the life itself. He cannot explain it or control it. All he can do is create conditions, and if they are right, then from his lesser knowledge, a greater life can make itself known.

Krishnamurti, in speaking about the self-transformative experience, uses Biblical language, saying: “It comes upon you like a thief in the night.” This is a beautiful way of expressing it. It goes beyond any explanation that could be given. When we think about a thief in the night, what comes to mind? We are asleep in our bed; it is dark; it is quiet, and without our knowing it someone comes into our home with the sole purpose of taking from us all that we hold valuable or dear to us.

What are the things most valuable to us? Of course, material possessions, but also our name, reputation, position, all of the different identities that have come to be so sacred to us. Like a thief in the night, the importance of these things is stripped away. And from that divine theft, something else is revealed — a presence, a power, a vision long obscured.

There is the expression that: “Selftransformation is an accident, but spiritual practice makes us accident-prone.” We do not control the event, when, or if it occurs, but when we commit to a practice it makes it much more likely that we are in the vicinity where this activity takes place. The sun does not shine on us unless we come outside.

These are just a few thoughts that we can extend as our capacity permits.