The Gold of Silence 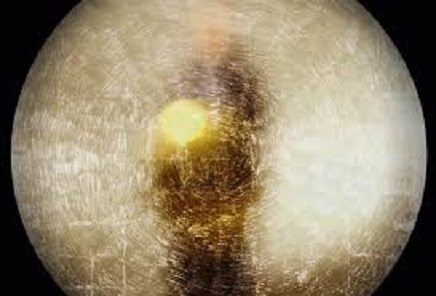 On the tree of Silence hangs the fruit of peace. The secret thou wouldst not tell thine enemy, tell it not to thy friend

Like a cave of echoes our conversation ripples at the edge of a mighty ocean. So unworthy of our deepest dignity, it defies the imagination to remember a world once again filled with the gold of silence. The old teachings advise men to be sparing of speech and things will come right of themselves. Sensitivity to hidden laws of nature, patience to wait and watch, divide the sage from the fool. Only from the sage is speech priceless.

Care is no longer taken for words. We use fine words like "keen" and "beautiful" but slander them by application to unworthy objects and conditions. Everyone feels he must have an opinion or an "enthusiasm" about something or someone. This we have called intelligence, while the ability to analyze is one of its aspects rarely found in the glibly stated opinions. We say, "He is one of the beautiful people," without attaching any standard or value to beauty. It is an emotional admiration, a lusted attraction. People do not have to reach up any more for acclaim. Everyone is "grooving" for something.

In the matter of real consent, in trust between two hearts or promises and confidences, how many of us, even Theosophists, uphold them when there are "fall-outs" and breaches of friendship. We dare not spread our word-treasures too widely. One has many acquaintances, perhaps, but few friends. Even with our friends we have to be alert to the shades of feeling, so that our words give our true meaning. Emerson urged us to Be, not seem. (in Spiritual Laws: Essays: 1st series)

Let us take our bloated nothingness out of the path of the divine circuits ... real action is in silent moments. The epochs of our life are not in the visible facts of our choice of a calling, our marriage, our acquisition of an office, and the like, but in a silent thought by the wayside as we walk; in a thought which revises our entire manner of life and says -- "Thus hast thou done, but it were better thus ...

I desire not to disgrace the soul. The fact that I am here certainly shows me that the soul had need of an organ here. Shall I not assume the post?

A fisherman knows on which bank of a river to cast his line. When you really want a trout you don't let him see your shadow. In an age when the personality is rife, while the ego "mute and torpid sits," we are rightly worried about being misunderstood. The prisoner within has first to be understood by ourselves, because that being understands. If freed, its gentle ways would soften the hardest hearts, casting and fearing no judgments. Personalities are so numerous, so various, that we fragment ourselves by tuning in to public opinions and not holding to guiding principles in our speech.

Wasted words are often spun out in our attempt to maintain the hum of mutual consent in which society rests its security.

Besides the waste of words, the restraint of words in self-defense is an even more difficult discipline. At times those we felt we could trust have cast aspersions on our very motives. In these often heart-rending predicaments we catch ourselves upholding rigorous measures of thought which we might not have followed through into daily practice. Certainly we cannot enforce them on others when we see how we must work to bring them into fruition ourselves. If we sense the desperation of a one life goal, we may develop genuine forbearance with our neighbor's competitiveness, which drives him to now and then thwart us in our pursuits. Sincerely believing he has only one life to accomplish things in, what else can he do but pursue his desires hastily toward their accomplishment.

The chaparral on hillsides in late winter withholds its budding branches to the colder winds, even though tempted by warming currents of coming spring. Nature waits, instead of bounding with irregular spurts of energy, until everything unfolds harmoniously. In terms of human spring times it may take centuries for the heart-light to penetrate the crusty human brain. Only by tending our own thought-cultivation can we reap HPB's promise that one day "this garden of the Gods, called humanity, will blossom as a rose."