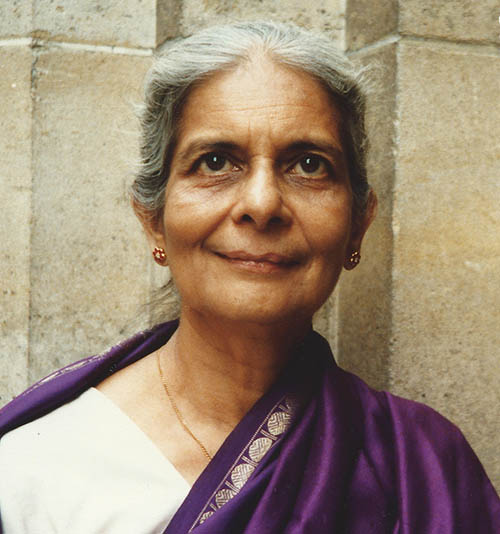 How do we view the literature of Besant and Leadbeater in the light of this modem and direct approach?

RB: The question should be: how do we view any literature in the light of regeneration? Why question only the literature of Besant and Leadbeater? If we simply accept what is in any literature, conform mentally, or repudiate immediately, it does not help. Either we become believers or, because we are believers in something else, we reject this particular literature. This approach might be wrong. If our concern is with truth, we should examine any of the literature with an open mind. Even if we understand something, we should not come to the conclusion that we have understood everything.

The Buddha said: Don't accept anything because it is tradition, it is in the scriptures, it is accepted in the society in which you live, don't accept even what I say. Enquire into it! He was pointing to something of extraordinary value from the point of view of that renewal or transformation we are talking about. Should that not be our attitude? In the little booklet on regeneration, that everybody has received, there is a beautiful quotation from Krishnamurti: ‘The beggar may be saying something which you miss, because you will not listen to him. And the guru may be saying something which is faulty.’ Because there may be gurus who are wise but who are not infallible, we miss what is good and we accept what may be fallacious.

The motto of the T.S. 'There is no Religion higher than Truth' is of primary importance in approaching any literature, teaching, or idea. Everything should be considered on its merits. We must not reject something out of prejudice, criticize as a matter of habit, condemn a person for ever because he made some mistakes, or put somebody else on a pedestal because we like to depend on an authority. That would not be wisdom on our part. When we do not understand, in regard to matters which we cannot decide, let us keep our judgement in suspense. Later on, we may know.

RH: I have studied a series of books by Leadbeater and Annie Besant and there is no book of theirs which has not to do with the regeneration of mankind, whose teachings are not relevant to understanding the progress and self-regeneration of mankind. I do not say that there is no place where they might not have erred in some detail or in some interpretation, but on the whole, and even in every particular part, they are worth studying and they make our vision more beautiful.

RB: What gives a little forward movement, a new insight to an individual, may depend on what he needs. He is not in anybody else's shoes. We cannot decide for another what is good for him and what is not. Even if he is foolishly pursuing something, if that is what he really wants for a time, he will have to go through the experience. I do not mean that we should mislead people or put forward things which are against the basic theosophical principles. But this is something we must keep in mind. Regeneration takes place at different times by the many little awakenings that HPB mentions in The Secret Doctrine. When you look at a tree, at the moment there may be a flash, the consciousness unfolds a little. Even in a book which is not of special value, there may be some thoughts which convey what is needed by a particular person at the time.

FI: We are all workers here in the T.S. and we must realize that our working days can be full of difficulties. What I appreciate in the literature of Besant and Leadbeater is that it is so typically a literature of workers who had their own difficulties in their time. They did then what we are doing now. Is that not enough?

Should we continue to study 'The Secret Doctrine' and/or other original literature or rather study modern theosophical books, in case we have limited time for study and we have to make choices?

RB: I think we have more or less dealt with this question. It all depends on who is the person concerned. A simple book may be helpful to one individual, a passage from The Secret Doctrine to another. How can we decide what will be helpful to another? When I started reading theosophical literature I was in high school. If somebody had insisted that I must read The Secret Doctrine, perhaps I might have been put off for ever from studying theosophy. What interested me most at that time were Leadbeater's books. Why not give freedom to the individual? What appeals to him may be neither The Secret Doctrine nor Leadbeater's books, but the Yoga Sutras and the Book of Tao. He may find theosophy through literature not published by us.

MH: You come across a book, and all of a sudden a page cries out at you. With theosophical books sometimes you find you are drawn to an author and you read a number of his books at one time. And those books work for you, do something to you inside. You feel a rapport with the person who has written them. It is a living experience. I have felt almost as if the person who has written it was in the room with me. I feel it a very personal thing. As Radha said, I think you feel drawn from an inner level to a particular author or book and if you let that happen, the book that you read is right for you at your level.

RB: Perhaps in a friendly way we can suggest books to people but we must not thrust them on others.

GG: Perhaps one should also read the Book of Life.

RB: A seeker is said to have approached a sage and asked, 'What is the nature of the Ultimate Reality, Brahman?' The teacher did not reply. The seeker asked a second time ‘What is that Reality?’ The sage did not reply. The third time he was asked, the teacher replied, ‘I have answered but you have not understood. Brahman is silence.’ When this question was asked everybody was so silent.

What is wisdom? Perhaps you cannot answer that question in words. Is there a way to wisdom without knowledge? It seems to me there is such a way and that is total self-surrender. The word devotion, like every other word, becomes corrupt. Devotion is not sitting in front of an image, physical or mental, offering prayers, requesting blessings, saying ‘I am yours.’ Devotion lets go of the ‘I’ totally; it does not ask for anything, blessing, knowledge, grace, anything. To the devotee, whatever the Supreme wills is good. Everything in manifestation is good, because everything is part of the one Reality. The Bhagavad Gita mentions different kinds of devotees: Those who want to be relieved from their suffering, those who want knowledge and those who want other things. But the real devotee is one who does not want anything. He surrenders the self totally. This is a way to wisdom, spoken of in several traditions. Self-surrender means the idea of the separate self must be completely given up. Then there is the realization of something more infinitely wonderful, beauty, truth, a universal divine presence.

WV: Knowledge may be useful for some people to attain wisdom. For others knowledge may destroy wisdom. Upon admission of new members in the lodge where I have the privilege to work we give them At the Feet of the Master. There is not much knowledge in it. New members can read it in a quarter of an hour, but you can also give your whole life to its study. It depends on whether your study leads to the truth hidden in the words, or whether you read the book in a quarter of an hour and never look at it again.

RB: Knowledge can create difficulties, but so can devotion. If one does not understand it rightly it becomes mere sentimentality and emotionalism. It is not an easy thing to give up all desire, all wants, the entirety of ‘me.’ To come to wisdom is not easy, because we have built up the ego-sense during many incarnations. Egotism may be passive for a time, and the person appears wiser. But he may change when he is faced with more complex conditions, or with temptation. Temptation is not outside. It is inside. Only when there is wanting inside do circumstances appear to tempt.

It is really the blazing up of what already exists.