What Are You Doing For Theosophy? 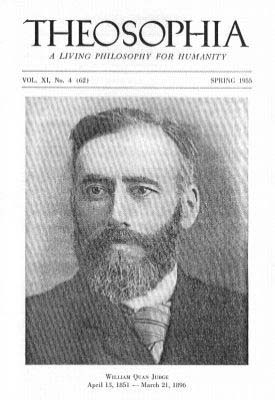 WHAT ARE YOU DOING FOR THEOSOPHY? Exeter

[This is another article from the pen of William Quan Judge, written under a pseudonym, and originally published in The Path, New York, August, 1889.]

The field of Theosophic work is varied and extensive. How many members of the Society have given the subject of practical work in any department of theosophy their close attention? How many are sitting with their hands folded, reading theosophic publications, and wondering what is going to turn up next in the affairs of the Society, - how many are doing just this thing? What percentage of the members of the Society are making Universal Brotherhood a factor in their lives? There may be some who, because of surroundings and force of circumstances, are uncertain at which end of the road to alight from the train of interested passiveness. They keep moving along, and, while admiring the scenery from the car window, do not realize that a fine view may be had from the platform and a still more extensive from the hilltop over yonder.

Theosophists, or rather some members of the Theosophical Society, frequently bewail their lack of advancement in theosophic knowledge and say: "There is little I can do for myself; I make no progress; where is the help I expected? I do not receive that enlightenment in respect of spiritual things I so much desire and look for." The desire for enlightenment and progress is admirable in itself. But have you ever looked at the back of the picture, my fellow member of the Theosophical Society? So? You see nothing? Has it ever occurred to you that it is possible to paint a picture on both sides of the canvas? As fair a picture can be made on the rough back as is outlined on the other side. Do you see the application?

Instead of following in the old rut of passive, inactive membership in the Society, turn from the beaten path into the highway of usefulness. Do something; no matter how small and insignificant the effort may at first appear to you, the results will be far-reaching and of benefit to others. Help yourself by helping others and remember that there are always ways to an end. Make up your mind to follow a certain line of theosophy work, for concentrated endeavor in one direction will sooner bring results than a miscellaneous, wandering, and spasmodic effort. The great majority of the members of the Theosophical Society are, perhaps, poor in purse. That, however, is not an insurmountable obstacle. Those who have not an abundance of money need not consider themselves on that account debarred from laboring for the cause. Much good can be accomplished with the coin of the realm, but its possession does not insure contentment or knowledge. You, members of the Theosophical Society, you with your well-filled purses, can do no better than by giving financial aid and encouragement to the Society while not neglecting the fundamental and higher laws of Universal Brotherhood. Have you done so? Have you helped your poorer brother and pointed him the way, or have you talked theosophy while leaving the practical work to be outlined and performed by others?

You, members of the Theosophical Society, who are gifted with a ready tongue and quick, you who are strong in argument and apt at controversy, have you preached theosophy at every point and at every opportunity? Or, rather, have you quietly listened to the views of others without advancing idea or argument? Have you defended the Founders of the Society when their motives have been impugned and their characters unjustly attacked in your presence? Have you done these things?

You, members of the Theosophical Society, who have a large acquaintance among the rich or poor, have you done what you could to bring these two widely diverging classes together through an understanding of the truths of Universal Brotherhood, Karma, and Reincarnation? Have you talked to the business man, the clerk, the laborer, everyone, in fact, in behalf of theosophy? Have you done these things?

You, members of the Theosophical Society, who are connected with the press or have access to the columns of the newspapers in your several localities, you, perhaps, can do as much as any, if not more, to arouse an interest in the great work to which you should be devoted. What have you done, what are you doing, in this respect? Have you replied to attacks upon theosophy and the Founders of the Theosophical Society that are now so frequent and virulent in the columns of the people's educators? Have you endeavored to set right false notions of theosophy appearing in the public prints? Have you done these things?

In all, you members of the Theosophical Society, what have you done and what are you doing to make theosophy a factor in your lives? The cycle is near its close. What is to be done must be done quickly. Do not delay but keep ahead of time; and your reward will be in proportion to your work.

Do what you can, always remembering to “Let the motive be in the deed and not in the event. Be not one whose motive for action is the hope of reward. Let not thy life be spent in inaction. Depend upon application, perform thy duty, abandon all thought of the consequence, and make the event equal, whether it terminate in good or evil.”* (* Bhagavad-Gita.)