The Greatest of all Wars 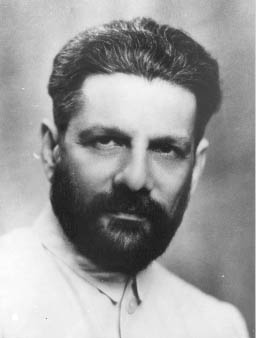 All family feuds, all class struggles, all national wars, all religious crusades are but reflected ramifications of the eternal strife between the higher and the lower selves of man. For the student of Occultism, one of the earliest lessons to be acquired is a realization of the fact that battles in the outside world are but shadowy replicas of those which are fought within ourselves. The meaning and import of wars, small and great, will ever be missed as long as this great truth is not perceived. International wars would not precipitate themselves if class struggles, creed hatreds, caste prejudices, did not exist in nations; competition between youth and age, man and woman, would not take place in a society if family relations of the right order and kind subsisted; and thus, we reach the individual who is at war with his neighbors and next of kin because his hands war against his head, or his mind against his heart, or his pride against his principles.

A struggle between our material and spiritual selves is constantly going on. Students of Theosophy learn of the nature of this struggle, and the thoughtful among them acquire the knowledge of the relative strength of the combatants and their respective sources of recruitment and recuperation while the battle lasts. We all know that the triumph of Spirit over Matter, of Wisdom over Nescience, of Love over Hate must ultimately be ; but this theoretical understanding is of little avail while hatred is consuming love, is fanning the fire of lust in our own nature.

Not only is there a constant struggle going on within us, but we are recommended to maintain it till victory is won, till Wisdom-Light streams forth from our hearts, dispelling the darkness of ignorance, till Love radiates its justice and bliss from our minds, revealing the order in the midst of chaos. An enlightened heart, a compassionate head are the marks of the Spirit-Man, higher, greater and nobler than the good man of intelligent mind and sympathetic heart. It is necessary to make this distinction between the good man and the spiritual man. As earnest appliers of Theosophic teachings we have left the life of actual vice behind us and we distinguish between it and the higher life. We are, however, apt to mistake the life of negative goodness for the life of the spirit. "It is not enough that you should set the example of a pure, virtuous life and a tolerant spirit; this is but negative goodness and for chelaship will never do," wrote a Master once. Other and higher than negative goodness is positive spirituality.

Our virtues and vices make us by turn good and bad. The equipoise whereby these are controlled and resolved into faculties of growth and service has to be attained if positive spirituality is to be manifested. Just as human love is higher than and superior to lust, and lust by constant feeding on itself cannot become love, so also Divine Spirituality is of a quality more profound and rare than is human goodness, which also, merely augmented, does not give birth to Spirit-Wisdom. The difference between good and bad is one of kind; the gulf between goodness and spirituality is not one of mere degree.

A clear intellectual perception of this fact is helpful. A soldier receives an added impetus for fighting if he theoretically understands the inherently vicious nature of his enemy; he fights with more heart if he assimilates that understanding. This assimilation is a wonderful asset, without which it is almost impossible to win the victory over our lower nature. The constancy and steadfastness so necessary to maintain the struggle come to birth in our hearts. Understanding our philosophy by mind does not bring us the vitality that understanding by heart bestows. Assimilation of teachings is a phrase very commonly used ; its psychological significance is not so generally sensed. Let us grasp by the power of the heart the vital difference between the good man and the spiritual one.

The struggle between the good and the spiritual in the outer world is represented in us by the conflict of duties. There are those who do Duty's “work and know it not,” for in them the conflict of duties has not ever arisen. The good people of the world though devoid of ideas about soul growth and spiritual progress glimpse the verities of life better than the one in whose own universe a conflict of duties takes place. Only then arise the perplexing questions – “What am I” “ "\What are my relations to others?" A good mother will continue to be only good till circumstances compel her to consider the wisdom or unwisdom of her attitude to her own child, or the justice or injustice of her attitude to others' children. Conflict of duties opens a vista of the world of Spirit.

A proper balance struck and sustained between different and conflicting duties transforms our goodness into spirituality. The higher life consists in right adjustment of our different duties into a harmonized Dharma, whereby the property of our Ego becomes manifest. Everything and all beings have their respective properties, some aspects of which have become patent, other aspects of which are still in a condition of latency. As latent aspects of our property manifest they often clash with those which have already found objective expression. Thus arises conflict of duties. Our dharma – a great word on which meditation is necessary – is the means of our becoming. We are what we are because of our dharma; by the fulfilment of dharma we grow, we become different from what we are. Herein lies the basis of inner growth – the conflict between opposing and enduring forces.

Spirit forces endure. These are superior to forces of evil as well as goodness. The struggle against our lower nature is often construed as a struggle against vicious tendencies. It is not always recognized that we suffer from the defects of our qualities – a very hard type of obstacle to overcome, because as a rule we find and make excuses for it. Downright wrong-doing we condemn even in ourselves. If by Karmic propensity or for other reasons pertaining to the domain of the occult, evil precipitations take place in our everyday life we are able to recognize them as such. We have enough decency left in us to perceive that evil is evil, and wrong-doing is wrong. But there are precipitations of exaggerated virtues and malformed habits and it is very difficult to see these exaggerations and malformations. Conflict of Theosophic duties arises in reference to these, and the only power that can save us from erring is heart-understanding of our philosophy.

In our eagerness to learn the various phases of the philosophy we sometimes forget that there is a practical method of undertaking study itself. Of course we must possess adequate knowledge of our general principles and propositions; but that ought not to preclude our undertaking a close study of those specific Theosophical teachings which form answers to our intimate and personal problems. We have a personality which is learning the ways of the Impersonal; it has tendencies which we desire to demolish; it has modes of expression which we desire to change. An earnest man who wants to live the life should learn to choose from the vast body of our teachings those specific ones which will help and enable him in his struggles against his lower self. All our problems, be they of the Ego or of the personality, of the Self of Spirit or of the self of matter, have their solutions in our philosophy; the infinite complexities of mind and morals are treated therein, and discriminatingly we ought to search for those which are medicine for our particular ailments.

The maintenance of a constant struggle against our lower nature ought to be a scientific process; with many of us it is a matter of sentiment. A mere desire to keep the body in health does not make it healthy, but a scientific understanding and application of bodily laws prove effective and so it is with psychic and spiritual health. Special study from this personal standpoint clears the obstacles which conflicting duties create. Our lower nature is composed of lives of a lower grade of evolution. Our higher nature organisms are built of intelligences of a more elevated type. Each is trying to manifest its respective property – dharma, and hence the eternal conflict.

Our bodily and sensuous nature cries for its own life; our feelings crave their own self's expression; our minds suffer the very torments of Tantalus when we curb and control their natural thirsts. These constituents of our lower self have their own properties, and among them a war is raging as may be seen in the dissatisfaction in full-blown personalities devoid of spirit-energization. the Fire of the Highest Self with its Compassionate Reason, its Illuminating Intuition, its Creative Will-Power touches the lower, grave discontent is felt. When the study and practice of Theosophy make the fight more fierce, let us not surrender in confused depression; let us not forget the propositions involved in the ethical problem of the Conflict of Duties.