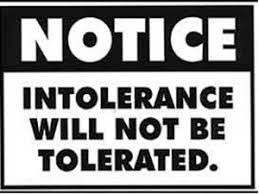 A few years ago, I had occasion to meet a person who was representing one of the main world religions at an interreligious conference. By that time, he had been participating in these conferences for a few years. At a certain point, when he saw that participants were just repeating the same things all over again and that everything was discussed at a very superficial level, he suggested that maybe there were better ways to spend one’s time. Maybe it sounds a bit strong, he said, but each one was trying to tell others that his religion was the best one.

So if people with knowledge and some experience act this way when they are invited to represent their religion at such events, then it makes one think. At least it made me think. Why and how does such an attitude arise? Of course, it is very good and natural that we follow a path that suits us best and is in harmony with our tendencies. Yet, there is a difficulty that comes from the fact that if we follow a path that we believe to be the best for us, there is a tendency to think that it is not only the best for us, but that it is also better than all other paths.

Being different or seeing life from another angle is not a problem. The problem is identification. If we observe life closely, we can see that although the self has the capacity to identify itself with everything, there are nevertheless some aspects with which we are more identified. Interestingly, the most evident ones on the physical level are the distinctions mentioned in the first Object of the Theosophical Society (TS). Or maybe that is the reason why these distinctions are mentioned in the first Object.

So, we could say that there exists – certainly in various degrees – identification with one’s race, creed, sex, caste and color. When we are among those who are of our race, culture, creed, and so on, it is more difficult to see the process of identification. It becomes more apparent when we are seemingly confronted by somebody who is different. I said “seemingly” confronted, because in fact we are not confronted. But psychologically it seems that way because we identify with our own creed, race and so forth. It is as if our religion, culture, nationality and so on become extensions of ourselves.

When somebody or something – be it a person, an object, even an idea – harms the self s notion of permanence, the negative qualities of the person or the object are exaggerated. For instance, when we do not like somebody we tend to see only the negative aspects of this person and discard the positive ones. The exaggeration applies also when we are attached to somebody, but in this case, we only see the positive qualities of the person and discard the negative ones. So when somebody harms the self’s notion of permanence, the first, usually unconscious and subtle reaction is fear; then aversion will follow, and after this, rejection. We can observe that when there is a strong grasping of the self, things around us are perceived as a personal threat. Somebody says something not so nice about our nationality, culture, religion, or maybe even the TS, and we are likely to react negatively, maybe not verbally, but psychologically, on a subtle level.

It is often not easy to distinguish the intention behind actions or words. From the outside, actions or words arising from a feeling of personal threat or a genuine sense of responsibility might seem the same. The difference in intention is often not easy to distinguish because in both cases we can sense there is a strong engagement. For instance, somebody might say something not so nice about the TS, and we might decide that a response is needed. Do we respond because of a deep sense of responsibility – as ‘a brave declaration of principles’ and be personally detached about it – or do we respond because we are so identified with the organization that we feel personally insulted and harmed?

One might wonder why I talk about all this. It might sound, at best, some nice theory. How does it answer the problem, because there should be something practical that we could do. And yet it is also practical, because as long as we consider our path, view, or interpretation of Theosophy, and so on – the list is long – better than those of others, as long as we relate to those different from ourselves with suspicion and rejection, we are part of the problem. We do not have to harm the other physically – this is just an extreme and outer manifestation of the same inner attitude.

As long as these distinctions mentioned in the first Object of the TS persist in us, we are also upholding the whole process of intolerance and violence. J. Krishnamurti described the same thing from the standpoint of selfishness – he said that we are either selfish or unselfish; even those who are less selfish are still selfish.

And this leads us to compassion. Can there be true compassion when there is still even a bit of selfishness or when even- handedness or equanimity is lacking? Not equanimity in the sense of acting the same towards everybody, but equanimity such as what H. P. Blavatsky described in her Meditation Diagram as being “different in external activity to each, because in each the capacity alters. Mentally the same to all.”

If compassion is based on friendship, kindness, and affection, its nature cannot be stable nor far-reaching. Friendship and affection are extremely important, and yet I believe that most of us, if not all, have had the experience that friends have one day ceased to be friends and people towards whom we might not have had sympathy, have in time turned out to be good and reliable friends. How does one overcome this distinction between friends and people whom we do not appreciate very much?

In Theosophy we talk about oneness and unity. We say that the inner nature of each and every one is divine, that there is no distinction between ourselves and others because we are all part of the Spirit. And yet there is another kind of oneness, a kind that is simpler to accept and realize in daily life. It is the fact that we are sharing the same human experience, the same sorrow, attachment, anxiety, and so on. No matter what the religion, nationality, color, or sex, the experience at its foundation is the same for everybody. As Shantideva said: “Although living beings wish to be free from suffering, they run straight towards the causes of suffering; and although they wish for happiness, out of ignorance they destroy it like a foe.”

Most of you know that in November, Paris, where I live, suffered several attacks. I remember watching the news with my friends when with every hour the scale of terror became more and more evident. What followed was a public debate where politics, religion, and so forth, were discussed in detail. Many experts delivered their opinion about the situation and described what should be done to avoid such atrocities from happening again. Among them was a lady who runs an association that deals with radicalized youngsters. She was asked: “What is the method used to bring those young people back to society?” The lady noted that her organization had tried various methods, but the only truly effective way to help these young people was to try to give them back the sense that other people are human beings. Apparently, all religious discussions or using reason had proved useless, because these young people thought that they knew better, had the purest understanding, and were superior to others. So it made no difference what they were told. She said that radicalization and violence take place because there is dehumanization of others, so that others become only senseless objects. Reversing the process means the opposite – evoking the good memories of childhood, bringing back the warm feeling of family ties, and showing that others have feelings, that they suffer; showing that they are basically the same despite distinctions of religion, culture, and so on.

Finally, ever since reading the Maha-Chohan’s letter for the first time, I remember his saying: “To be true, religion and philosophy must offer the solution of every problem.”