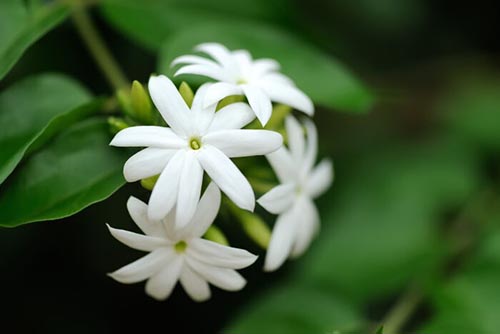 Naming is an act of recognition. I consider it important and respectful to know the names of particular trees, flowers, birds, mountains or streams, especially when you live among them. Knowing their names establishes their identity. It means taking time to learn more about the surrounding natural environment. I would search from google or pore over reference books. In the process, a closer relationship emerges between me and the source of interest. When I address a Champaca flower, fragrance accompanies its name. A sense of familiarity is kindled as I quietly approach Mount Malindang. It looms like legend to my eyes while crossing Panguil Bay in a ferry.

I was born in a place called Isla de Convalesencia, an island in Manila surrounded by the Pasig River. When the river died because of severe pollution, I felt defeated. Something precious in me seemed beyond recovery. I’m reminded of the indigenous community of Ilongots in Nueva Vizcaya who named the most beautiful orchids in their forests with the same names as the main parts and organs of their bodies. I began to realize that my existence is linked by an umbilical cord to Nature.

The seeds of discontent came with such an awakening. The forests were as vulnerable as children in poverty. The over-exploited sea was at risk as a mother giving birth without a midwife. There were no easy answers. My inclination to activism became endangered as the hardy Lawaan tree and the Bleeding-heart Pigeon. I lost confidence and floundered, doubted my way of life. Family and poetry provided refuge and saved me. So I started to quest for deeper understanding of reality and my adventure brought me to the shores of Theosophy.

There have been several important self-discoveries along the way. Let me just mention three for now: first, I am human and divine; second, God can be revealed within me; and third, the nature I experience in the physical world can be reflected inward to experience the spiritual, the oneness of life. This brings to mind another distant memory when I assisted fishers, just outside Santiago Island in the Lingayen Gulf, in inspecting and preparing fish corrals for the catch. It was a quiet and lonely routine each morning. Then one day, while clearing the nets of flotsam, I was reminded of a line from the novel Moby Dick: “The sea is a mirror where a man can find himself.”

The Teduray’s disempowerment is emphasized today by the scarcity of traditional rice seeds suitable for their upland agriculture. When given the opportunity, however, they recalled back to prominence the names of these endangered rice varieties so they could recover something precious that they almost lost: dinorado, mangguraman, katibus, and makasapi. These varieties were selected for their fragrance and long-grained feature; their ability to survive dry soil conditions; and not being vulnerable to attack by insects and birds. They identified tefedus or gutta purcha; lunay solo or almaciga, and lawaan as the forest trees they would like to replant in their logged-over mountains. Because the Teduray know the names of flora and fauna, they know what they have lost, what they are about to lose, what to conserve and what they have to recover.