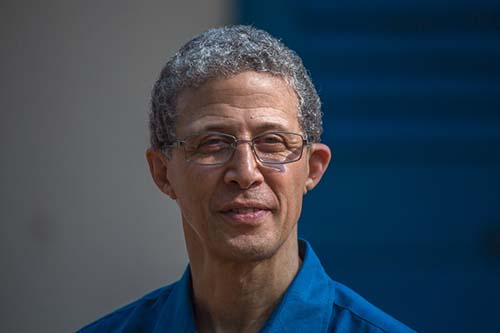 I would like to share some thoughts about Adyar for those readers who may not already know. The Theosophical Society (T S) was founded in New York City, but it moved to India, and in 1882 its Inter- national Headquarters was established where it is now, in Adyar. Although it was founded in the US, the fact of history is that it actually began to thrive and come to life in Adyar, and then the Theosophical movement spread throughout India, and around the world.

As a place, the little patch of land on our gigantic globe that we point to as “Adyar”, and as our International Headquarters, has a presence and quite a history. Just in terms of the Theosophical movement, it is the place that H. P. Blavatsky (H.P.B.) designated as the center for this movement to take its roots and go out into the world. She lived there, Col Olcott lived there, Annie Besant, J. Krishnamurti, Damodar Mavalankar, and all types of people have lived, grown, and given their impetus to this movement, drawing on something that they found peculiar to this particular place we call “Adyar.”

At Adyar my office is the space where H.P.B. used to live. It is all one big room now, but previously it was two: where she slept, and where she entertained company. My desk is ten feet from the Shrine where the letters from the Mahatmas were received. Every day I come in to the office, turn on my computer, and check my emails. Throughout most of the day I am forgetful about the nature and history of the place where I sit, but from time to time I remind myself. This place has a certain magnetism, and those who have been there are aware of it. Adyar is still the center for the theosophical movement in the world, the place from which it spread into the world, and toward which many look as an important part of this overall movement.

No matter what it is in life, the center is something of great importance, whether an atom or a galaxy, a planet or a human being. It is the center from which life is drawn and which determines the organism's activities in the world. We have such a center in Adyar. I am fortunate to connect with members around the world, and one thing I observe is that the members within the TS who have actually had the opportunity to set foot in Adyar, to take in some of the experience of the place, are some of our most active members in Sections worldwide. They have linked themselves in an intimate way with the expression and meaning of this work. Somehow the experience of this place feeds something within us.

Those who have gone to Adyar have done so for a variety of reasons. Some go to connect with its history; we remember about the Mahatma Letters that came, the people that walked on this ground, and we want to experience that. But there is something more profound that goes on in the choice of going to Adyar. As much as the Adyar center is an idea, a place of history, and a geographical spot, it is also something more. It is an intuition of something more profound that utters itself within us, an unconscious knowledge to which we are available and able to respond at some point during our lives. That intuition leads us in a certain direction. 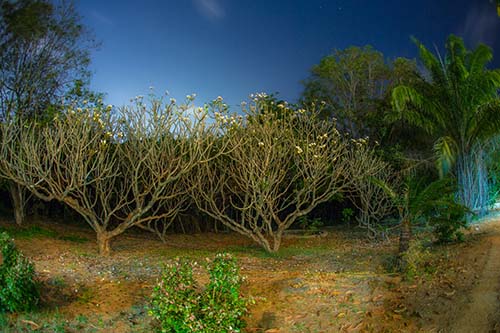 Part of what we do is to try to bring ourselves into contact with that ever present, deeper dimension of our being. Like me in my office, often it is ignored, but this connection can fuel our work at deeper levels. The kinds of things we are trying to do at Adyar are important, many of which are physical. Because we bring our physical bodies to a physical place, the body's needs cannot be ignored. Then we have an opportunity to interact at deeper levels. But we have to make the physical place hospitable for the body, and that is one of the things we are trying to do. As with anything that is done on a physical level, that is the grind, the more difficult process that we go through. But it is all part of one process.

In the Theosophical movement there are many different branches that have grown from the original impulse. For the last couple of years at Adyar we have been working with members from our sister theosophical organizations. We are all part of one movement. For a number of years we had viewed ourselves as little islands floating separately in this tiny theosophical pond. But for the last few years we have made a point of it during our Conventions, and at other times, to invite our brothers and sisters from other Theosophical organizations.

A couple of years ago we invited Mr. Herman C. Vermeulen, head of the Point Loma group in The Hague. When he was addressing the Convention in Adyar he made the point that it was the first time in the organization's history that a person who was the head of a different theosophical organization was speaking at a convention in Adyar! Until he said it I had not thought of it in those terms. It is only logical to include the entire group of people working toward a common goal. To share Adyar, this jewel of the theosophical world, with our fellow workers and members requires no thought whatsoever. But it is going to require an ongoing investment of our energies.

In discussing how to invest our energies, Mr. Pradeep Gohil, General Secretary of the Indian Section, has emphasized the power of our mind, thought, and visualization; and in talking about the nature of charity and service, Mr. Esteban Langlois, General Secretary of the TS in Argentina, said that in giving money, food, or clothing, everybody will have limitations. But one thing that we can give most generously, upon which there are absolutely no limitations – except our own capacity and willingness to visualize and to think – is to send our goodwill toward this Theosophical mission to which we already feel connected.

Because of the limitations of our own conditioning we have underestimated our capacity to contribute to this movement of revitalization.

I would ask you to do this, remember Adyar from time to time, but remember it with a generosity of thought, with a visual capacity that sees the growth, the splendor, the broadening connections – not just for Adyar. If it is only about Adyar or the Theosophical Society, it is not enough. This organization and movement are here for the world, for humanity, and if we do not fuel its efforts in all the ways that we are able, we are the ones who lose.