Now, to consider Frank Baum and his connection with Theosophy and the Society:

Baum’s mother-in-law, Matilda Joslyn Gage, was an early worker for women’s suffrage and a member of the Theosophical Society, who was a major influence on Baum’s life (see http://www.matildajoslyngage.org/gage-home/baumoz-family-room ). 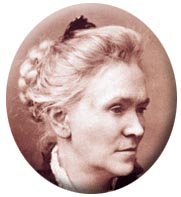 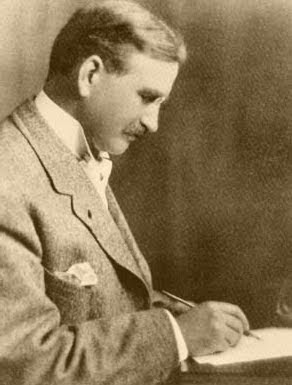 For a while, Baum lived in Aberdeen, South Dakota, where he edited its newspaper, the Aberdeen Saturday Pioneer, in which he wrote a series of articles called “The Editor’s Musings.” Before he joined the Society, in the first issue of that paper under his editorship (January 25, 1890), he wrote about the insecurity many Christians felt about the challenge of other religions and about a growing aspiration for knowledge outside the church. He wrote sympathetically of the Buddha, Mohammed, Confucius, and Christ, and he introduced his readers to Theosophy:

“Amongst the various sects so numerous in America today who find their fundamental basis in occultism, the Theosophist[s] stand pre-eminent both in intelligence and point of numbers. The recent erection of their new temple in New York City has called forth the curiosity of the many, the uneasiness of the few. Theosophy is not a religion. Its followers are simply ‘searchers after Truth.’ Not for the ignorant are the tenets they hold, neither for the worldly in any sense. Enrolled within their ranks are some of the grandest intellects of the Eastern and Western worlds. . . . As interpreted by themselves they accept the teachings of Christ, Buddha, and Mohammed, acknowledging them Masters or Mahatmas, true prophets each in his generation, and well versed in the secrets of nature. . . . The Theosophists, in fact, are the dissatisfied of the world, the dissenters from all creeds. . . . They admit the existence of a God — not necessarily a personal God. To them God is Nature and Nature God. We have mentioned their high morality: they are also quiet and unobtrusive, seeking no notoriety, yet daily growing so numerous that even in America they may be counted by thousands. But, despite this, if Christianity is Truth, as our education has taught us to believe, there can be no menace to it in Theosophy.” 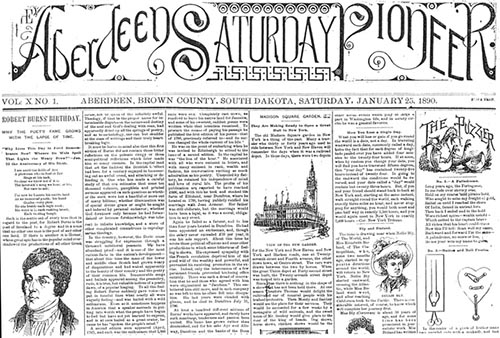 A month later in the Saturday Pioneer (February 22, 1890), Baum turned to writing about fiction with occult and mystical themes. He dealt with Bulwer Lytton, one of H. P. Blavatsky’s favorite writers, to whom she often referred; H. Rider Haggard, especially his novel She; and Mabel Collins, whose Idyll of the White Lotus and Light on the Path were already Theosophical classics.

A few months later in the same periodical (April 5, 1890), Baum wrote about mediumship and elementals. Mediumship was a subject of intense interest in the late nineteenth century (as witnessed by the fact that Olcott and Blavatsky met at a séance). Baum’s explanation of mediumistic phenomena, while perhaps partly his own interpretation, owes a great deal to Blavatsky.

Clearly, L. Frank Baum knew a great deal about Theosophy, which could not fail to be a major influence on his work. Although Baum certainly did not set out to write allegories in his Oz and other books, but rather just to tell stories, inevitably his stories were based on his worldview, which was fundamentally Theosophical. Therefore, those stories are all susceptible to Theosophical readings.

The Wonderful Wizard of Oz (1900) is the most basic of Baum’s stories, and also the most Theosophical (see “The Wizard of Oz: The Perilous Journey.” American Theosophist 74.9 [October 1986]: 291-97). Dorothy (whose name means “Gift of God”) is the human soul in pilgrimage through reincarnation (the cyclone that carries her to Oz). The Cowardly Lion is our physical prowess and weakness. The Tin Woodman is our emotional self in search of love and relationships with others (his heart). The Scarecrow, whose head is stuffed with straw, is our fallible understanding of life, always in danger of being burned by the fire of experience. The Witches are our impulses to progress (the Good Witch) and regress (the Evil Witch). The land of Oz is the magnificent but illusory world in which we live; but Kansas is our true home, where our eternal parents are: Aunt Em (M is for Mother) and Uncle Henry (the Germanic form of whose name, Heimrich, meaning “home ruler,” thus characterizes him). In addition to the explicitly Oz books, Baum wrote a number of others that merit notice. Among those are the following.

The Master Key: An Electrical Fairy Tale. Founded upon The Mysteries of Electricity And The Optimism of Its Devotees. It was Written for Boys, But Others May Read It(1901). It is an adventure story about a boy named Rob Joslyn, who is fascinated with electricity and inadvertently evokes an electrical elemental called “The Demon of Electricity,” who visits him three times, giving him three marvelous gifts on each of the first two visits, which he uses on his adventures around the world. On the third visit, Rob returns the gifts, having concluded that neither he nor others are wise enough to use them for the good of the world. Other insights Rob has are that “all things are regulated by exact laws of nature” and that “it’s no fun being a century ahead of the times.” “For Baum, electricity wasn't simply a scientific force; it had magical, spiritual, and moral dimensions" (Rebecca Loncraine, The Real Wizard of Oz, p. 190). The title of The Master Key echoes H. P. Blavatsky’s Isis Unveiled: A Master-Key to the Mysteries of Ancient and Modern Science and Theology. Blavatsky also wrote much about electricity (see Collected Writings 15: Cumulative Index) and particularly about fohat, which she calls the “essence of cosmic electricity” (Theosophical Glossary).

The Life and Adventures of Santa Claus (1902) is unlike its predecessors and thereby demonstrates Baum’s fertile and varied imagination. It is the story of its infant protagonist’s finding and adoption by one of the fairy-folk, tracing his life through his youth, manhood, and old age until his assuming the mantel of immortality as Santa Claus. In the mythology of the story, the supreme God manifests as a trinity, as also in many religions, as well as in Theosophy as three Logoi (a term for the primal creative manifestations of the divine). The story maintains, “Everything has its purpose . . . and mortals who are ‘helpful’ are ‘sure to live again’.” Those are both Theosophical concepts, the latter suggesting reincarnation. “[In this story, Baum] worked out his own elaborate nature mythology, inspired by the theosophical vision of a physical world infused with spiritual presences and governed by the laws of Nature” (Katharine M. Rogers, L. Frank Baum: Creator of Oz, p. 101).

Under the pseudonym Laura Bancroft, Baum wrote two books: (1) Twinkle and Chubbins: Their Astonishing Adventures in Nature-Fairyland is a collection of six stories (begun in 1906 and combined in 1911). (2) Policeman Blue Jay: A Nature Fairy Tale (1907), retitled Babes in Birdland (1911), first published under Baum’s name in 1917, developed out of Twinkle and Chubbins. Both works emphasize the need for kindness to animals rather than cruelty. As such they teach the Hindu concept of ahimsa or harmlessness, which is also a theme in Theosophy.

Baum’s fantasy stories are like all such works in that they “are not about the world we know through our physical senses, but about an archetypal world we access through our imagination. Their truth is not literal and limited, but metaphorical and expansive. Because fantasy is archetypal, it is a form particularly adaptable to Theosophical interpretations”