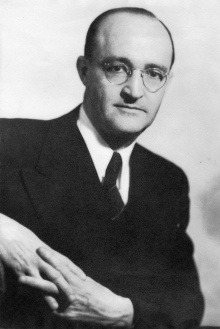 Prolific Theosophical writer and lecturer for the Theosophical Society (TS) in America. Kunz was born on May 16, 1888, in Freeport, Illinois, USA. After graduating from the University of Wisconsin, he was appointed Principal of Ananda College in Sri Lanka, occupying that post from 1914 to 1918. In 1918, Kunz went to Adyar and became manager of the Theosophical Publishing House.