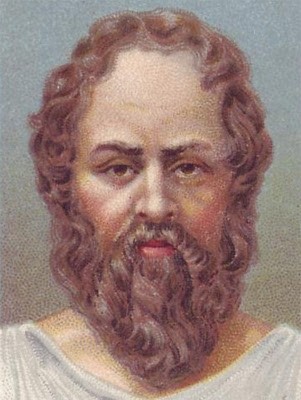 (c. 500-428 B.C.). Greek philosopher who was born about 500 BCE at Clazomenae. There is a story to the effect that he disposed of all his property, believing that possessions were an impediment to the search for knowledge. He settled at Athens where his students included Socrates, Euripedes and Archelaus.

His teaching about astronomy was extraordinarily ahead of his time; he stated that the moon was a dead body that reflected the sun; that the sun was a glowing mass. He was the first to offer a rational explanation of planetary movement.

Helena P. Blavatsky in her The Secret Doctrine is of the opinion that Anaxagoras merely passed on his teachings and that this knowledge of cosmogony existed long before his time (SD I:50).