THIS INTERVIEW WAS PREVIOULSY PUBLISHED: DECEMBER 2015 – Michiel on the photo with his lovely wife Helma 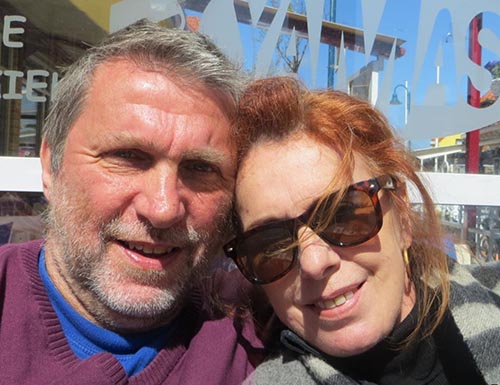 A way of life. Doing the good things for mankind. But it can also mean renovate the Adyar Estate buildings, all in an environmentally friendly way, or help your friend after he lost his job. Working on awareness about climate change has been important to me the last 20 years. For several years I have also been concerned with animal rights and the awareness that animals also have feelings and must be treated 'humanly'. Try to have as minimum impact on the environment as possible and as much impact to change the world in a peaceful place as you can. And that starts in your direct surroundings.

I don’t have just one favorite book. And what do you call Theosophical? Books written by members and published by Theosophical publishers? But of course you want some titles. I like The Lives of Alcyone from Leadbeater as a book which shows us that we are growing life after life to become at the end good men, so don’t be too quick with your judgement, we are all on our way.

The Theosophical Society was founded at the end of the 19th century to give an impulse to the world. And it did: reincarnation, karma, the equality of all mankind are now normal notions in this world.
Is there still a need for the TS? If we do not reach the younger people we will die off as Society. In my opinion we don’t reach younger people with old books and ideas told in the language of a past century. That doesn’t mean that the Theosophical ideas are old fashioned and not of any use any more in this world! It means we have to find a way to appeal to the younger people about tolerance, about being there for (y)our brothers and sisters, also the animals, etc. Things we always did as Theosophists. But we have to practice it! And tell it in modern language.