Editorial – Is a nucleus elitist? 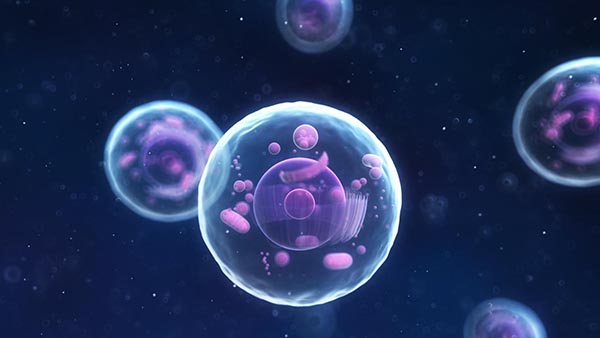 There is an ongoing discussion about the Theosophical Society’s first object, concerning the word nucleus. In this context we need to read “a” nucleus. In this editorial’s title, elitist is an adjective and this would indicate that it is referring to an elite and therefore might cause confusion. To come to an appropriate understanding of a word, it is always useful to explore what a word means; sometimes it has a variety of conflicting interpretations. Languages are dynamic and the significance of a word, over time, can change. Let’s examine elite.

Elite is also used in military jargon: elite troops. Although we should object to the use of any military force, here it has a positive meaning. Elite troops are often called in to combat terrorist atrocities or to help in the event of a natural disaster. Also in science and education elite relates to the interpretation under # 2. Example: the government in the state of Queensland in Australia, developed an Elite Science Program and on its website, we read the following:

“The Queensland Government is committed to providing world-class education that nurtures excellence, fosters innovation and celebrates diversity. Advancing innovation and research in science education and practice in Queensland Government schools is crucial for cultivating students with the required scientific skills and knowledge for future economic growth.” https://eqi.com.au/study-options/study-tours/elite-science

Although elite, when used as mentioned under # 1 could leave a distorted impression, being outdated and no longer applicable, and taking in consideration that all the words we use, both in writing or in speech, cannot always into detail define an idea and contain limitations, we should not be afraid of the word as such.

How do well-known Theosophists look at the word nucleus?

“Letter 10 (ML) again emphasizes the central aim of bringing about a genuine brotherhood, which KH defines as “an association of ‘affinities’ of strong magnetic yet dissimilar forces and polarities, centered around one dominant idea.” Such a definition indicates that there may be differences of view, even strong opinions, within a group, but when an inner, “magnetic” harmony, a deep “affinity” for one another is present, then a true brotherhood exists.”

From: Reflections of an AngelesWisdom p. 14

“Members of the Society have difficulty forming a nucleus (which surely means a living centre) of a genuine brotherhood. (Italic and bold by editor)

To what extend have we engaged in forming a true nucleus of brotherhood?”

“As a nucleus of the Universal Brotherhood of Humanity the Society is an experiment in being friendly and co-operative without having a set of agreed dogmas in thought and behavior.”

From: The Theosophical Journal, May June 1963

“What is a nucleus of Brotherhood? The practice of brotherhood implies that we have the highest principles active in our lives, principles of compassion, justice, chivalry, consideration for the feelings of others, and a constant attention to what we are doing to the people around us. The strength and usefulness of our organization depends on this understanding of differentiated brotherhood. It depends on our ability to cooperate, on our understanding of the law. Without all this, the nucleus cannot work; it can neither attract nor can it transmit.”

“The first Object is “To form a nucleus of the Universal Brotherhood of Humanity, without distinction of race, creed, sex, cast or color’. This is clearly the most important. It is the only one that demands from members a definite belief, for it asserts that there is a universal brotherhood of humanity. Of this, when we join, we undertake to participate in forming a nucleus. It is on the fullness and adequacy with which we implement that undertaking that our success as a Society or as a Lodge or branch of the Society depends.”

From: The Theosophist, November 1960

“At the heart of the universe is the ultimate unity of all. Those in the Theosophical Society who even dimly sense that unity are forming a nucleus of the Universal Brotherhood of Humanity. Those who sense it work passionately to help their neighbors to sense it.”

From: Theosophy and the Theosophical Society

“The complex structure that we call “Man” is made up of a congeries of almost innumerable “Lives.” Not only every microscopic cell of which the tissues are composed, but the molecules and atoms of which

these cells are composed, are permeated with the essence of the “One Life.” Every so-called organic cell is known to have its nucleus, a center of finer or more sensitive matter.”

“The Society is not a sectarian nor is it a religious body, but simply a nucleus of men devoted to the search after truth, whencesoever it may come.”

“The multiplication of local centres should be a fore-most consideration in your minds, and each man should strive to be a centre of work in himself. When his inner development has reached a certain point, he will naturally draw those with whom he is in contact under the same influence; a nucleus will be formed, round which other people will gather, forming a centre from which information and spiritual influence radiate, and towards which higher influences are directed.”

From: Five Messages to American Theosophists

“This Society is a small germ of a nucleus for a real outer Brotherhood. If we work aright the day must come when we shall have accomplished our aim and formed the nucleus. If we had five hundred members in the Society loving one another with true hearts, not criticizing nor condemning, and all bent on one aim with one belief we could sweep the whole world with our thoughts. And this is our work in the future, the work traced out for us by those Masters in whom so many of us firmly believe.”

From: Promulgation of Theosophy (This excerpt is from an address given by William Judge in London, at the close of the European T.S. convention, July 15, 1892)

From: Yours till Death and after, HPB - Reprinted in Sunrise magazine, August/September 1985

Although we would need to consider that connecting a nucleus with an elite could lead to misunderstandings, it is apparent that those who are active in the Theosophical movement, as genuine altruists, are an elite in the liberal interpretation (#2). Active Theosophist as workers for the cause, are more sensitive to the One Life andthat notion implies responsibility and commitment, therefore the choice to be part of any Theosophical group cannot be taken lightly. Brotherhood is a basic fact in nature from which humanity has stepped away; it went astray.

When H. P. B. tells William Judge that he was not directed to found and realize a UniversalBrotherhood, but to form the nucleus of one, (see quotation above) she without any doubt refers to a vibrant and homogeneous group of workers, call it a cell if you wish, not necessarily large in numbers, but ever devoted to giving Theosophy its place in the world, so that mankind can benefit from what it has to offer.

A nucleus is weak or strong based on the degree to which commitments are made and maintained. Through the cell, or nucleus, and its activities one day we might return to that Universal Brotherhood from which we have departed. Isn’t it time to come home again?