On the May 18 and 19, the Faculty of Letters of the University of Lisbon, Portugal, hosted a conference about Consciousness. Organized by the Centro Lusitano de Unificação Cultural, this important event which attracted more than 250 people, consisted of 15 lectures dealing with the different perspectives of the problem of consciousness. 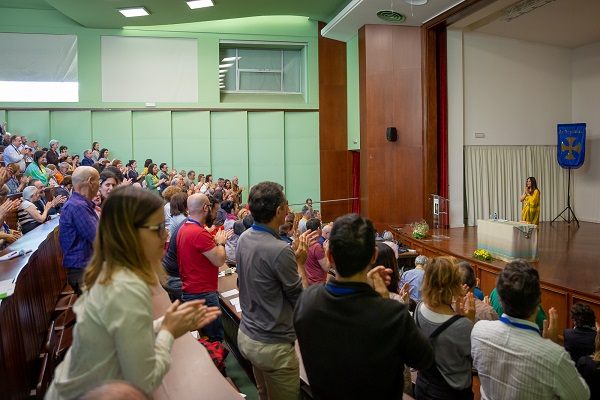 Wonderful overview of the auditorium

The talks were given by renowned experts in various fields: science, vegetable and animal consciousness,  Buddhism, Psychology, Theosophy, etc. 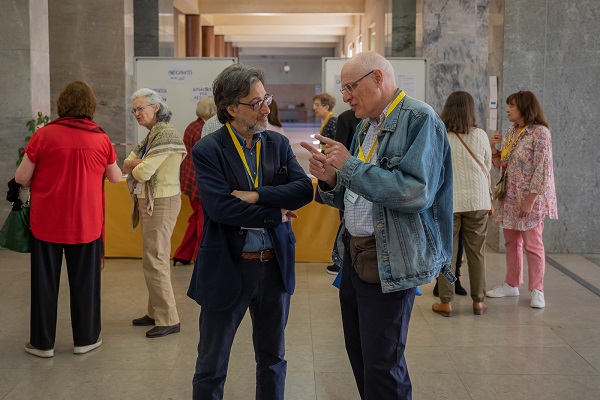 On the right Barend Voorham talking with a participant

Barend Voorham, from the Theosophical Society, Point Loma-Blavatskyhouse, in the Netherlands presented the Theosophical perspective, in a lecture entitled The Mystery of Consciousness. José Manuel Anacleto, head of Centro Lusitano, in his opening speech, also made many remarks based on Theosophical teachings. 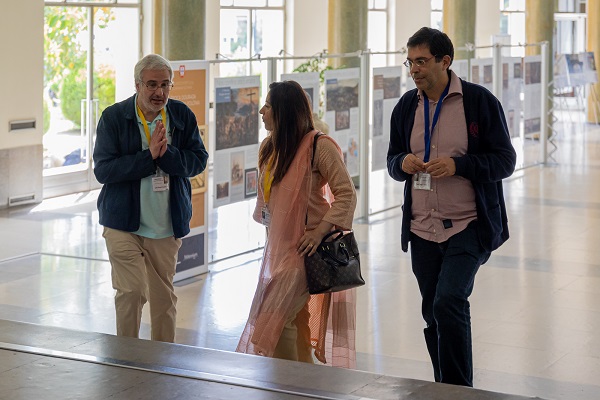 From the left to the right: José Manuel Anacleto, Mrs. Nandini Singla and Paulo Baptista

The conference was closed by the Ambassador of India in Portugal, Mrs. Nandini Singla, which gave a very inspiring and beautiful speech. The event was a tremendous success and highly praised not only by the lecturers but also by those who attended the conference.

Future initiatives by the Centro Lusitano de Unificação Cultural on this and other subjects are already on the horizon.