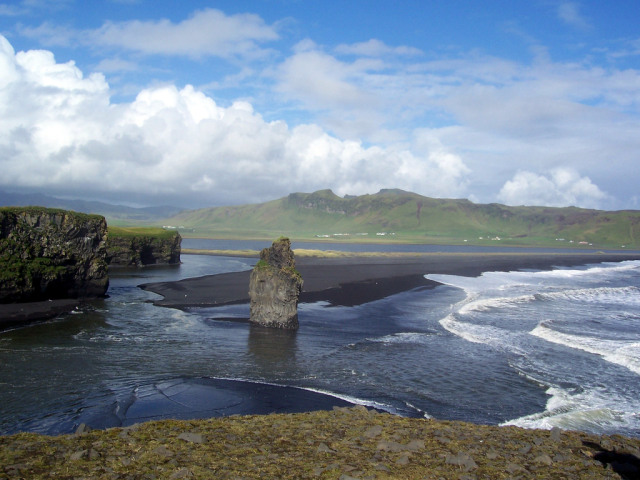 To ask for any “good news” from Iceland recently has been difficult because “bad news” from here has been in the news media all over the world: 1) Iceland was the country worst hit by the world financial crisis, and 2) The eruption in Eyjafjallajökull caused a lot of damage not only in Iceland but stopped international flights in Europe and farther afield for quite some time last spring.

Now we can say that it is good news that the eruption has stopped and the financial crisis has reached its bottom and things are on the way up again. The interesting thing about the eruption was that people joined hands and helped each other, many volunteers came to the rescue and helped the farmers in their various difficulties. The financial crisis had strong moral and even spiritual implications.  Realizing clearly where greed for money and power led to, people seem to have come to an understanding of the nature of greed and realize there are values of much greater importance. This has caused people to support each other, gain more social awareness and claim absolute justice in legal matters. There is an interesting process of cleansing going on in society, aiming for more transparency. In both these cases this feeling of togetherness has opened our eyes to the value of brotherhood.

In the midst of this situation we had a very uplifting experience at the beginning of  June. Swami Baneshananda from the Vedanta Society in Germany visited Iceland and gave two well-attended lectures at the Headquarters of the Theosophical Society. The topics of his lectures were: Dehypnotizing Ourselves, and The Yoga of Meditation with question-answer sessions afterwards.

On the above-mentioned occasion we also had another important cause for rejoice. The new Ambassador of India in Iceland, Mr. Swaminathan, was present together with a few staff-members of the Embassy. With embassies in each others countries we are happy to say that there is ever-growing co-operation between the countries.

Finally we have a new President of the TS in Iceland: Anna Valdimarsdóttir, a distinguished psychologist, the author of several books on psychology. 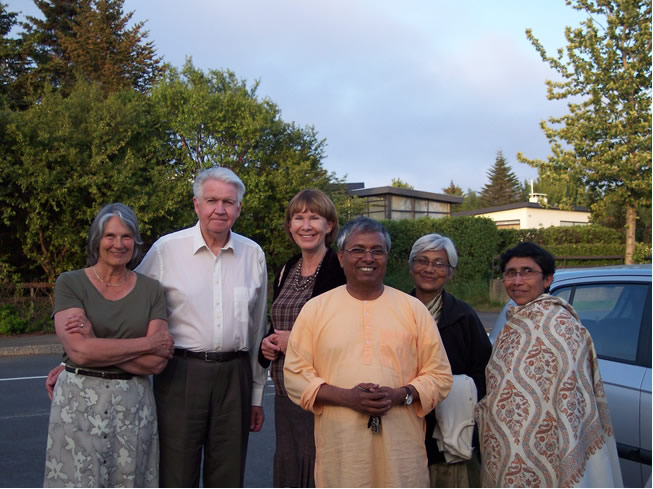 Outside my home. From left:  Susan, my wife, myself, Anna, the new President, Swami Baneshananda, Alakananda, professor of English literature in India, Shyamali Ghosh, a bio-chemist living in Iceland.