Barend Voorham, an active member of TS-Point Loma, Blavatskyhouse in the Netherlands, at the invitation of Marcos de Resende and the TS-Adyar in Brazil, conducted an outstanding course at the Theosophical Institute near Brasilia in June 2016. Contacts and open dialogues among Theosophists are tremendously important and fruitful nowadays. Freed from worn out prejudices, exchanging views while deepening the understanding of the teachings, all this accelerated through the good work of International Theosophy Conferences, have luckily become a custom.

When Theosophists around the world from different Theosophical organizations meet each other more often, a cohesive network is created, which ultimately will encompass our entire planet.

In May 2018, Barend met Bruno Carlucci during an event about HPB in Lisbon, Portugal. Bruno is a member of Brasília Lodge in the capital of Brazil. Because Barend had come to Brazil for a family visit, the chairwoman of that Lodge, Maria Alice Fonseca, invited Barend to deliver a lecture on the 16th of January. The title of his talk was Karma and Ahimsa, the Power of Nonviolence. 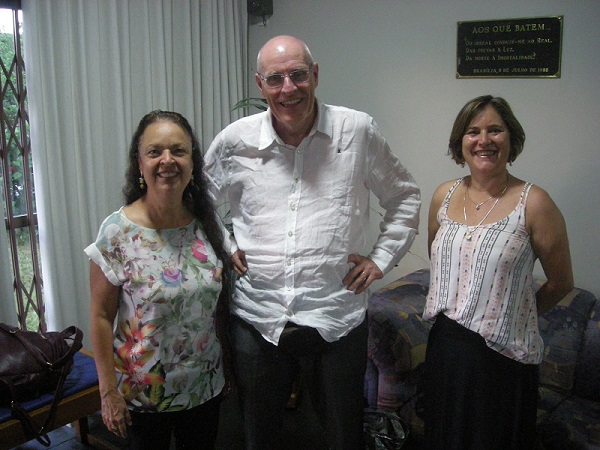 At the Brasilia Lodge in Brasilia: From the left to the right, Maria Alice Fonseca, Barend and Valeria Marques de Oliveira, who is a co-worker for Theosophy Forward 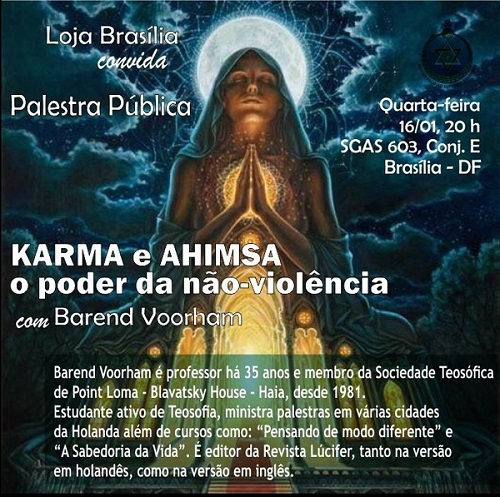 His presentation did not shy away from the current and at times difficult political and social situation in Brazil and tried to explain the practical value of Karma and Ahimsa. The room at the headquarters building in Brasilia was steaming, but those who were present listened attentively and there were quite a few interesting questions and reactions afterwards. 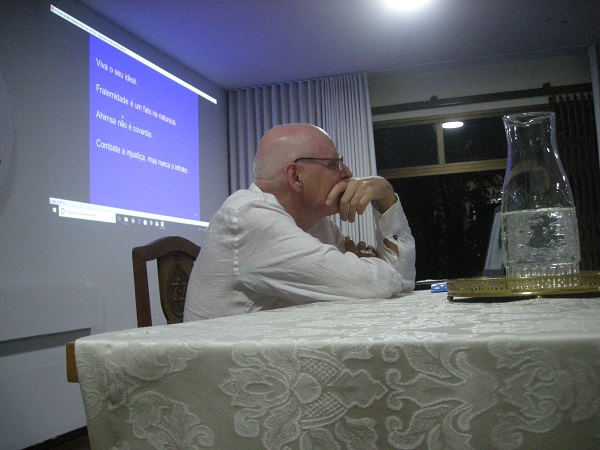 Listening to the questions, it was very hot …. fortunately some cool water nearby 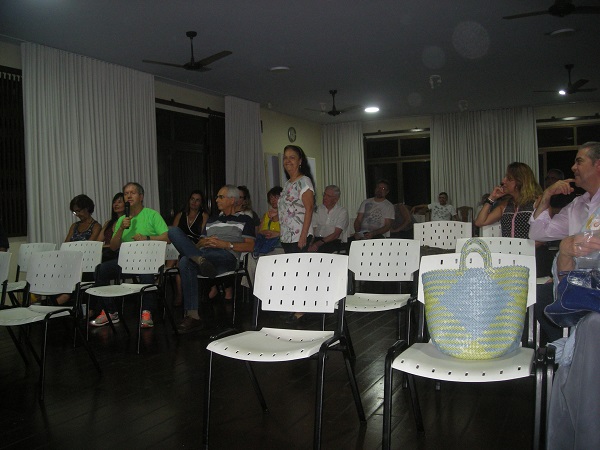 From January 23 till 26, Barend and his wife Alaíde were invited to participate in the Annual Summer School of the TS in Brazil, which this year took place in Brusque, Santa Catarina, in the south of Brazil. Barend was one of the many lecturers. The theme of this summer school was The Immeasurable Mind, the title of a book by J. Krishnamurti that also appeared in a Portuguese translation. 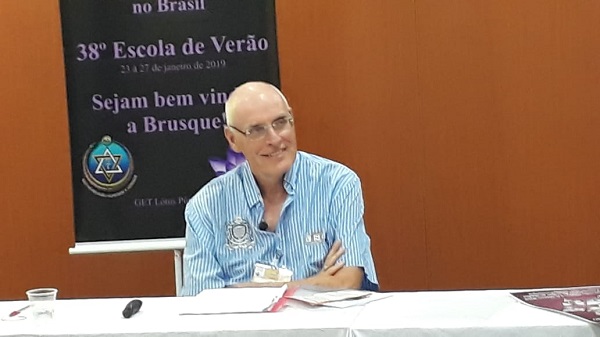 During the 38th Summer School 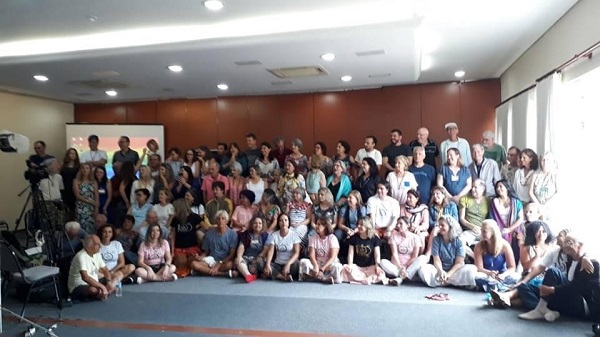 Participants of the 38th Summer School in Brusque, Santa Catarina 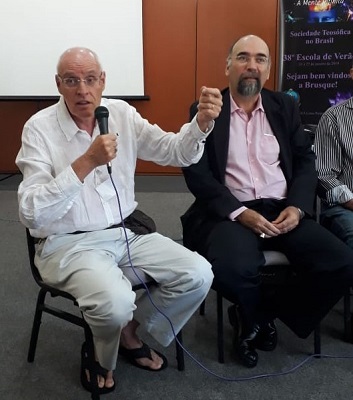 Barend from the Netherlands during a discussion session in Santa Catarina addressing participants in fluent Portuguese. Next to him well-known Brazilian Theosophist, author and lecturer Ricardo Lindemann

When Theosophists meet in a relaxed atmosphere to talk about Theosophy, a friendly atmosphere arises, which encourages us to apply Theosophy outside of an event. The many ideas that were exchanged between Brazilian Theosophists on the one side, and Barend and Alaíde on the other, were fertile on both ends and will certainly lead to a sequel.

A wonderful example of cross-pollination.