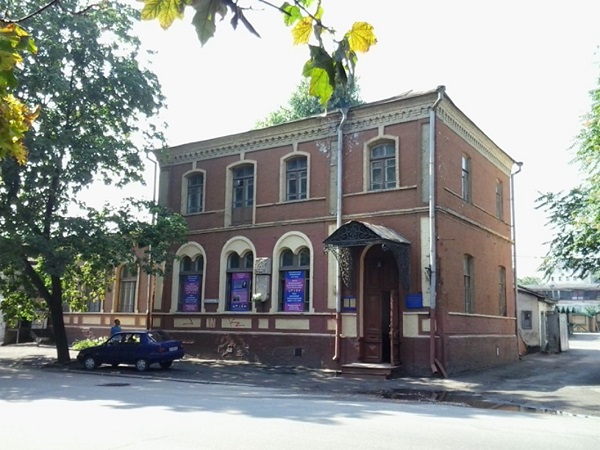 The audience varied between 30 and 60 persons who with a few exceptions were all from the Ukraine. 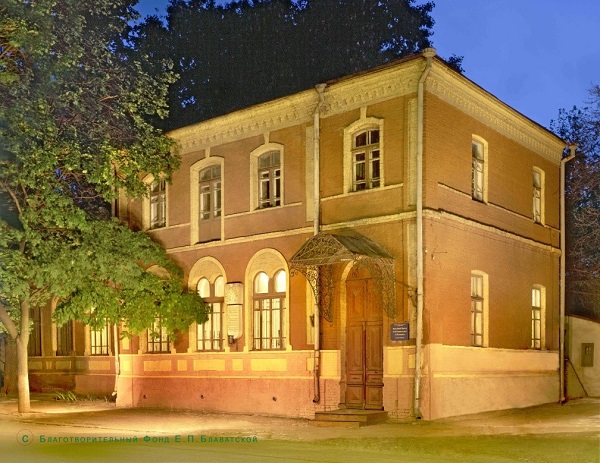 The house where H.P.B was born by night

On the last day there was a musical evening with song and dance by the participants. The atmosphere was very joyful and uplifting.

During the seminar the foreign guest and the management of the Museum Center were invited for a lunchtime meeting with the regional Governor. He informed them that the Museum Center in the house where H. P. Blavatsky was born, was the property of the Government, but that one of the rooms with a surface of about 60 m2 had for many years not been the property of the government. This room, he said, had been donated by its owners to the government, two weeks ago. As far as the project for the Museum Center with the re-establishment of the one hectare Estate of Fadeef, grandfather of H. P. Blavatsky, was concerned, he had been informed by the landowners that they would be willing to sell this one hectare of land. The more futuristic project of a “Blavatsky Universum”, consisting of a scientific and cultural center on a neighboring piece of land of about one hectare also had his agreement and the landowners were ready to sell this property for an acceptable price as well. The governor considered though that it would not be possible to realize this project on the short term. All in all he was rather satisfied with the new situation and confirmed that the government would now install a heating system in the Museum Center and would take care of the maintenance of the outside of the building.

Later the architect confirmed that the house and its foundations are in good condition. After more than 25 years of pioneering since 1991, the Museum Center now will be renovated with and a new roof, new supports of the floors, and a new electricity system. The original windows and doorways will have to be reopened and the walls will have to be plastered. For the time being the Literature Museum has conserved about eight thousand objects ready for exposition in the Blavatsky Museum Center, when this will have been renovated.