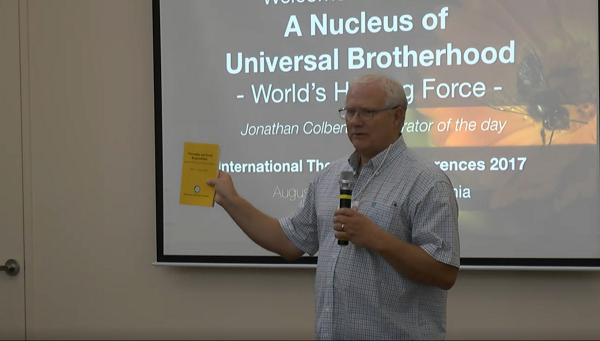 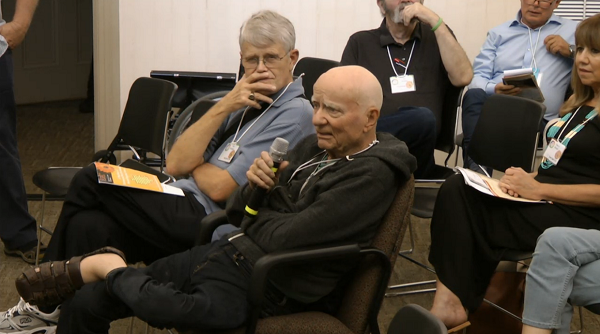 We came expecting to learn and, I think, did learn quite a lot about what a nucleus is, how do we form a nucleus of brotherhood, and how does healing come into play in all of this. Is a nucleus something that is static and preservative like a seed? Or is it a center of action, something resourceful, productive and dynamic? Is brotherhood a theory, a feeling, a fact or a movement? Is it something we create anew or does it already exist as a fact in nature? Do all true nuclei of universal brotherhood mirror, as through a lens, the healing energies of the Brotherhood of Bodhisattvas into this, our troubled world? How might ITC be a part of this?

And yet, while our conference having to do with healing was going on in the City of Brotherly Love, the ugly and deadly face of violence and bigotry appeared just a few hours away in Charlottesville, Virginia. What is it about the power and fact of brotherhood that, if its adherents will not stay true to universality, they can turn toxic? 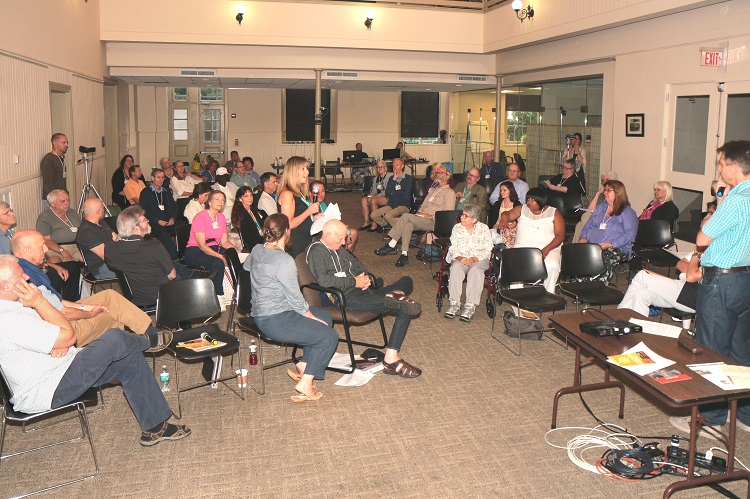 Philadelphia itself was, of course, a splendid city and it t was a treat to be there. Walking the few city blocks from the Downtown Sheraton to the Friends Center, you could experience downtown Philly in all its glory: landmark buildings of brick and stone nestled in and amongst modern monoliths of steel and glass. Big old trees, beautiful parks, trendy cafes, popular pubs – all were part of the mix. Most interesting, there was the presence of the old beginnings and foundational institutions of the U.S.A., perhaps echoing something of the mystery of 1776, but all melded with all the beautiful and multi-cultural splendor of the present. In the Friends Center there is a fantastic mural-painting signifying the struggle for equality and the demand for recognition of human dignity: the spirit of 1776, I thought, mirrored in 2017.

One evening, three veteran pros from Santa Barbara ULT delivered outstanding talks highlighting the influence of Theosophia in the founding of the United States of America. Thomas Paine became the brilliant hero who everyone wanted to know more about. The Declaration of Independence emerged as a model for the world. The U.S. Constitution was upheld with precision, knowledge and vision. Everyone wanted to learn more of what was and is the real nucleus of America, especially given America’s apparent abandonment of vision, conscience and even cohesion.

As shifting breezes can cause a jet of light to flicker and “cast shades deceptive,” a conference concerning the auspicious convergence of such self-luminous subjects as a nucleus, brotherhood and healing might risk exposing old, long held misunderstandings between the Theosophical organizations. From what I could see however, not many of these “elephants in the room” were able to find their way to the conference. Open-heartedness and magnanimity carried the day. The talks given were in earnest and served to generate deep conversations in the respective study circles following each presentation. As the guy responsible for making sure the conference stayed on schedule, I had the unfortunate job of going around to each of the study circles at their ending times to let them know that their time had come to an end. I almost couldn’t bear the task. I felt like I was pulling souls out of devachanic bliss back into the world of time and objectivity! The only consolation was witnessing the beautiful sharing of ideas harvested in the plenary sessions from these very potent circles.

Last year at the ITC conference at Santa Barbara, we tried the innovation of featuring study circles based mostly on the writings of H.P.B. This year we tried a new innovation: providing study circle quotes from many other Theosophical authors. This too could have stirred up more elephants. However, because the quotes were in line with H.P.B., with each other and with the threefold theme of the conference – nucleus, brotherhood and healing – the varied authorship of the readings became secondary or non-existent. Furthermore, listening to and participating in the exchanges in the study circles, it became evident that like each individual student of Theosophy, each of the Theosophical traditions, mainstreams and organizations represents a unique genius, a special soul-quality manifesting its own self-chosen duty, its svadharma. Diversity, then, became our strength.

ITC 2017 was a working conference dedicated to creating the “Philadelphia Declaration,” a more concrete advancement of the Purposes of ITC and of the Naarden Declaration of 2014. As the conference proceeded, many phrases emerged such as “it is time that we put ideas into practice,” “service is eliminating the gap between the server and the served,” “study without action is hypocrisy,” “let’s not hide the light of Theosophy under a bushel” and “if we do our duty, our nucleus will become stronger.” These all began to cohere first as a consensus among ourselves and then as our commitment to the world: to harness the unique genius of all mainstreams, organizations and independent theosophists to create working conferences dedicated to solving and doing something about the world’s most pressing problems. This is the gist of the Philadelphia Declaration. 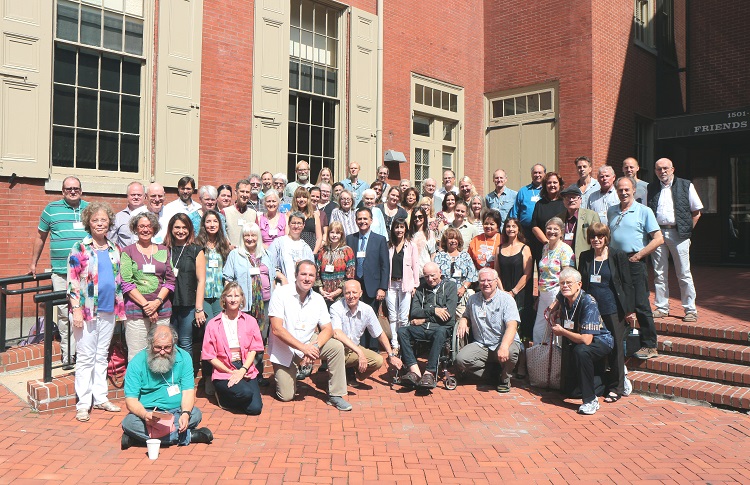 Group photo ITC 2017 in Philadelphia, at the beautiful Friends Center

Through unity, study and work, the pure teachings of Theosophy need to be translated into specific contexts, modern language and simple terms, fit for meeting the daunting challenges of present humanity. The conference participants arrived wearing their hearts on their sleeves – and left dedicated to rolling up those sleeves to do the hard work worthy of the altruistic heart. Many thanks go to the three presidents of the ITC who labored so indefatigably to prepare this conference. Huge thanks also go out to the Dutch team who so steadfastly provided support behind the scenes to the practical workings of the conference (registration, meal-tickets, audio-visual and up-streaming the conference to the entire world). So cheerfully and beautifully, they exemplify Theosophy in action.