Report received from Bas Harpe from the Netherlands on the Second International Gathering of Young Theosophists held from February 25 until March1, 2017 in Brazil. 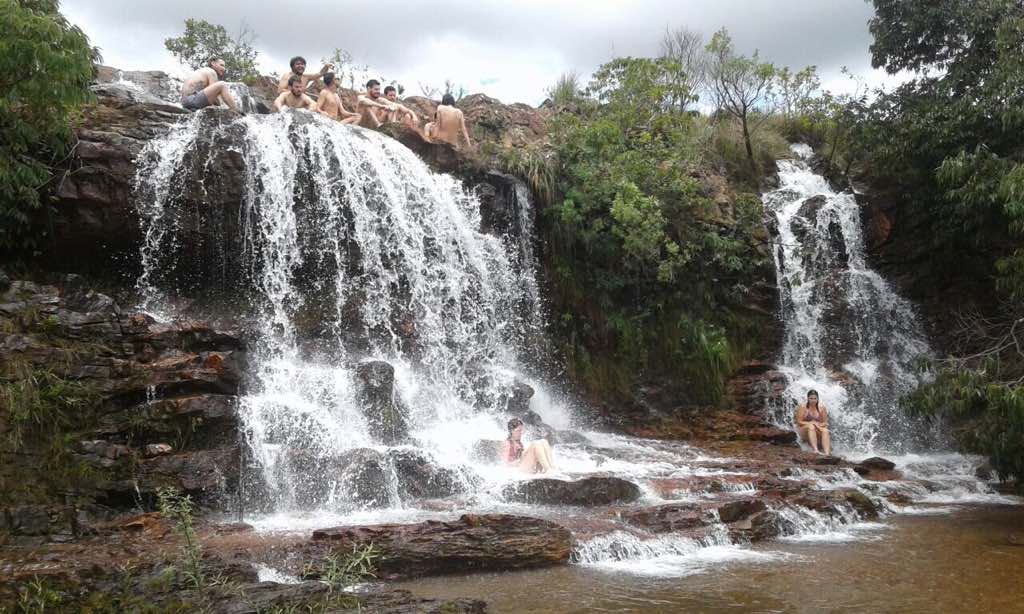 Participants ready for a fresh dive at one of the cascades

After breakfast Everton Melo delivered a lecture entitled A Few Steps Towards a Nobler Society, followed by Marco Aurelio Biliblio, who gave a talk about self-sufficient and sustainable Eco-villages; by the way, a very interesting theme.

Following Marco’s talk it was time for lunch. The afternoon session started with a panel, which consisted of Everton Melo and Artur Lucman. It was about Intolerance and Challenges for Brotherhood in the History of the TS. This was followed by a dynamic group-activity and a meditation which lasted for 1.5 hours. After dinner Rafael, a member who has wide-ranging experiences with Tibetan-Buddhist rituals, conducted a ritual to officially kick off this year’s meeting; it was a profound experience.

The planned Sunday proceedings didn’t really take off, because it was raining heavily most of the day. It was the intention to do a trail around the Institute, but instead a dynamic, quite intense but also deepening group-activity was organized at the Mandala.

After lunch, we had group discussions called Questions and Answers, where we looked at answers on questions which were collected earlier in the day. All questions were discussed in groups of six participants. Later that afternoon we all reunited and each group appointed someone to present a summary of what was discussed in his or her respective group.

Personally, I found this one of the most interesting activities because very thoughtful interchanges took place, but this would only be the beginning of a tremendously interesting week. Alex and I contributed a lot during the discussions, so we were approached by Rafael, one of the organizers, and he asked whether we would be willing to do a panel because he had observed that we were well informed. We just needed think of a subject. We accepted the invitation and started brainstorming. After the group discussion, we meditated until it was time for supper.

On Monday, we were treated on a lecture with the title The Color of Theosophy by Patrizia from Turin, in Italy. This was a very interesting talk, in which she linked parts of the brain with colors and questions belonging to these parts (How? Why? ...). Patrizia related these to Theosophical questions.

Following this, Charles Boeira gave a brief introduction about the lecture he would give after lunch. In the epilogue, he was going to describe the relationships between Theosophy and the many religions known in Brazil. After lunch, he elaborated on the diversity of those religions supported by a beautiful (3D) presentation.

After a short coffee break, Sergio Moraes lectured about various religious movements including the Sufis and spoke about the mysterious 'Nine Unknown', which probably are connected to the Great White Brotherhood.

After dinner there was a brief celebration of Carnival in the Mandala which I decided to skip because I had to work with Alex on the material for our presentation. However, I danced a little but hurt myself somewhat because I tried to breakdance.

Tuesday started after breakfast with a lecture by Arthur Lucman about the Hermetic Tradition of Hegel and the Connection to the Greek Tragedies. Afterwards Arthur Ivan Nicolas Liszewski from Buenos Aires gave a lecture on Embodied Spirituality demonstrating his extensive knowledge of astrology.

After lunch Rafael Nascimento and Ananda Marques did a panel on Theosophy, Sexual Orientation and Gender Identity. This is an important topic, but unfortunately not discussed much in Theosophical circles, so it was the right time to cover it thoroughly.

Following this it was time for Alex and I to conduct our panel. As topic we chose a subject, that in our opinion gets far too little attention in modern Theosophy; the third object of the Theosophical Society: Studying the powers latent in man.

Here we spoke about three men who through study and special training developed remarkable abilities and even trained others within a relatively short time enabling them to do the same. This underlined the old axiom: ‘If one can do it, all can do it.’

Later that day, the Youth-Gathering closed with a so-called planery, where everyone could give their feedback on this year’s meeting: improvements, suggestions and future topics for this event. Everyone was grateful for the week that we had had; having a beautiful, special, and memorable time. After everyone had given their feedback we closed the week in a traditional Brazilian way with some very loving and warm rituals. After this everyone said goodbye to each other. Some went to bed because their bus to the airport would be leaving very early in the morning, while some stayed up talking until very late. 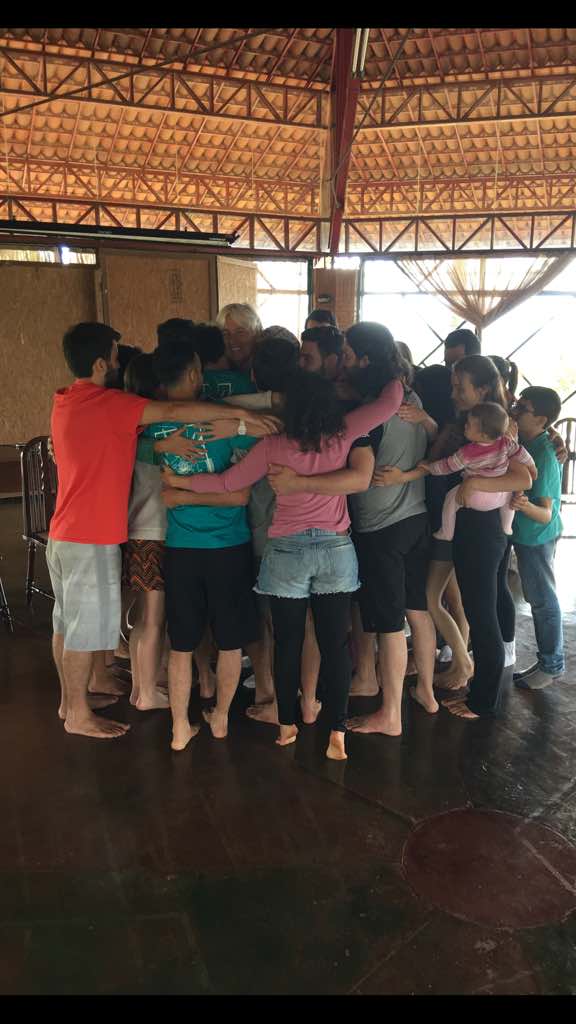 The next morning at least half of the group was already on their way home. I and the ones that had stayed behind planted some trees and after breakfast it was also time for us to go.

This year's meeting was very special once more. In some respects even better than last year's, especially because of the quality of the lectures. Unfortunately, we missed some amazing people we had met the year before but who couldn’t attend. There was also a lack of sunshine since it rained a lot, but all and all it was a week to never forget. One could really feel the sense of brotherhood among many young people with the same interests and love for Theosophy. 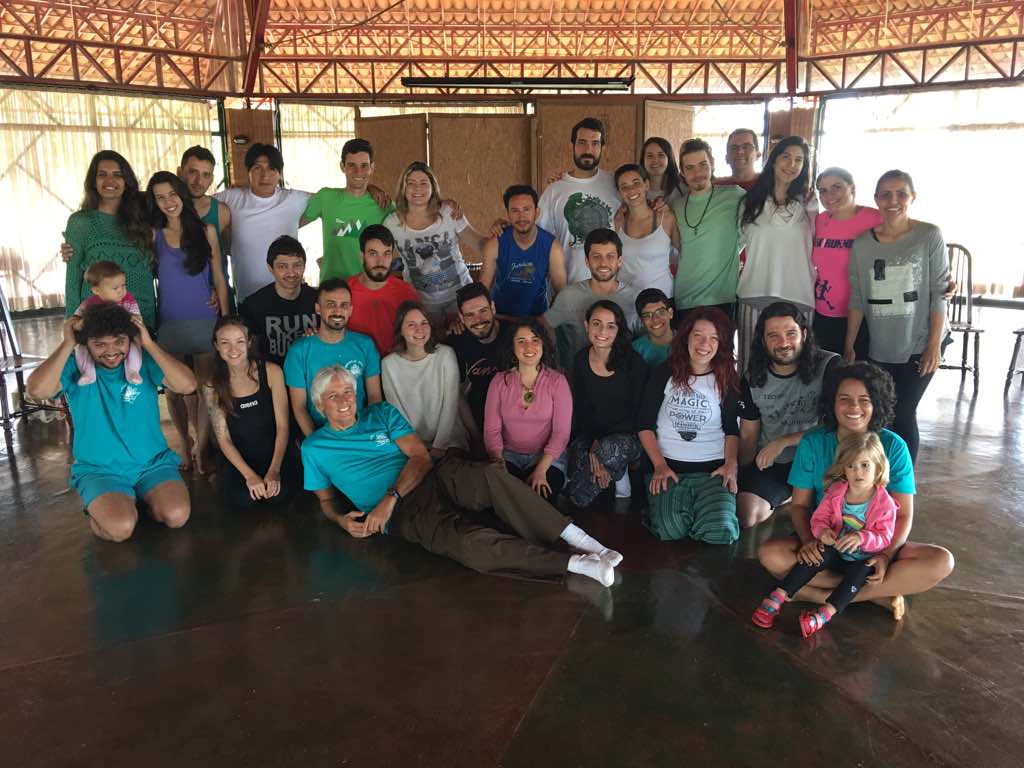 Like last year it made my love for Theosophy even stronger, for which I'm thankful.  Saudade!