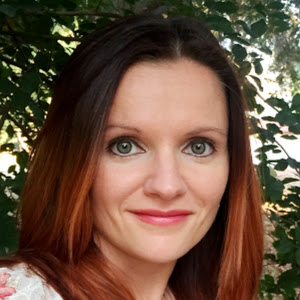 This year ITC was in a beautiful place surrounded by the giant oak trees and majestic mountains creating a contemplative atmosphere for all the participants. It was also my second conference. I had no expectations keeping my mind open, yet anticipating reconnecting with old friends fellow Theosophists. Casa de Maria is one of the most beautiful places in the suburbs of Santa Barbara that is known for its silent retreats, and which I believe was a good choice for the international theosophical gathering.

The conference theme: “Theosophy and Social Responsibility. Applying the Head and Heart Teachings of H. P. Blavatsky” was quite interesting and challenging. At the first glance it might seem to be mostly exoteric which might be misleading if one only concentrates on the acts of charity in the outer world, providing shelter and food for those in need, improving the system of education, supporting animal welfare, to name a few.  All of these acts of compassion and kindness are valuable and helpful, yet the true impulse from which all our good deeds can spring comes from within, from the depth of our heart, our Higher Self. Hence, to me the esoteric, deeper meaning of the connection between Theosophy and social responsibility lies in the question, how can we become awaken to the Light that shines within us which is the same Light in every being?  The study of the teachings of Theosophy or Divine Wisdom which are the essence of the Universal Law and thus, have no author but were revealed to the mankind by the Adepts through H. P. Blavatsky can help to lift up Humanity which is a state of Consciousness. Keeping in mind that Theosophy is a living wisdom, and when becoming such within us It will find reflection in our thoughts and acts. As H.P.B. so well put it in The Key to Theosophy, “The Theosophical ideas of charity mean personal exertion for others; personal mercy and kindness; personal interest in the welfare of those who suffer; personal sympathy, forethought and assistance in their troubles or needs.” 1 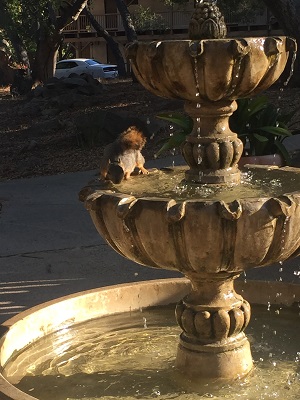 A squirrel takes a bath in the venue’s fountain (photo: Olga Omlin)

This year ITC was like an expansion of consciousness and a deeper vision of the theosophical work we all are called to do. There was an evident atmosphere of cooperation and genuine interest in one another. It was delightful to be able to participate in a variety of study circles, exchanging different views and ideas with fellow-Theosophists in the spirit of Brotherhood. It was exciting to see participants in their twenties and thirties. Even though, I believe there is no need to be obsessed with the idea how to make Theosophy more appealing to the younger generations. As an example of a person who discovered theosophy in my early teens, I am convinced that one continues spiritual work in this life where he/she left off in the past incarnation. Theosophy is an inner realization that is ever real and throws light on every problem. Wisdom does not change to conform to the mentality or circumstances of today. Only when a glimpse of the Wisdom of Theosophy becomes an essential part of us we will be able to share Its Light with others.

ITC provides a unique opportunity for the seekers of Truth belonging to the different theosophical groups or none to study together and to have an open dialogue, a journey along the path of tolerance above our conditioning and prejudices. But as it is always with spiritual work there are different currents of which we might be aware of or not. Nevertheless, this is a perfect environment for inner growth that requires integrity and self-reliance.

I would like to conclude with gratitude to all the participants of the ITC 2016, and with a quote from A Message to the Members of the Theosophical Society from an Elder Brother, “Within the Society itself let the Brotherhood for which it stands be real. We have had enough of divisions which separate. Let there remain only distinctions which enrich. Respect all who differ from you. Let your Brotherhood be without, that is above, distinctions of opinion, as it is already so finely above distinctions of race, creed, caste, sex and color.”2

2  A Message to the Members of the Theosophical Society from an Elder Brother, The Jubilee Convention, Adyar 1925