The theme for ITC 2015 conference was:

Helena Petrovna Blavatsky Through Different Eyes With One Heart

What is our understanding of H. P. B.’s writings?
How do they inspire all Theosophists, affiliated with an organization or independent, to embody and transmit her timeless message to the modern world? 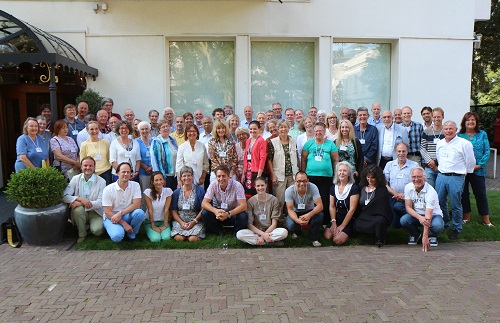 The 17th annual conference of International Theosophy Conferences Inc., took place from August 6 – 9 in The Hague, the city where the Dutch government resides and the International Court of Justice is situated. One year earlier, during ITC 2014 in Naarden, also held in the Netherlands, the so called “Naarden Declaration” was drawn up by the participants and the declaration was one of the starting points for the gathering in The Hague.

Participants from the four corners of the globe came to The Hague and found themselves in company of Theosophists from various vehicles who, without exception, were ready and most of all eager to “connect”, leaving old and worn out prejudices behind. The organizers knew that it would be hard to meet the ITC 2014 Naarden expectation, but without a doubt the outcome of ITC 2015 in reality went far beyond.

Much about this historical gathering has already been written and posted on various websites so what is there to add?

It is evident that ITC is a work in progress and that all who participate are “formers” of the Theosopical movement. Those assembled in the various vehicles come together once per year to learn from each other, a process that can only succeed when there is full acceptance and equality. On the “one to one” basis all that what kept Theosophists apart simply vanishes. Differences and old issues don’t seem to matter any longer because there are other lands to plough. Yes, obviously there are dissimilarities in the approach towards the teachings and in how to transmit HPB’s timeless message, but that is exactly what Theosophists binds, rather than causing them to drift apart. It ain’t an easy exercise, oh no, but it isn’t meant to be easy. Through listening, connecting, avoiding that one dominates the other and most of all living up to the first objective, leaps forward are made; forward with Theosophy! No one needs to step away from his or her own convictions or principles as such. Whatever someone’s Path in Theosophy is, is respected at all times. Some differences do remain, but as one participant rightfully put it: “Thank God, there are differences, just as there are many colors in the rainbow!”

ITC’s board is already working hard to put ITC 2016 together. This meeting will be held in beautiful Santa Barbara, California, USA. All are more than welcome, so write down the dates in your agenda: August 11 – 14, 2016.