Good News from the TOS in Pakistan 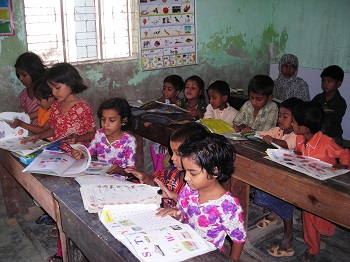 The TOS in Pakistan decided long ago that the only way forward for the women of this country is to educate them, to make sure they know their rights and acquire a feeling of self-worth. It chose the urban areas as a starting point for its work, and has focused on the city of Karachi so far. TOS workers talked to parents and convinced them to educate their daughters. Its aim was to enable as many girls as possible to get an education. Since the 1950s it has run an extensive educational sponsorship programme for both girls and boys, with special attention paid to the girl child.

At present the educational sponsorship programme supports nearly 380 students and almost 52% of these are girls. Of this 52%, 40 are college students. They are studying engineering, medicine, dentistry, textile design, science, commerce, nursing and the arts. Most of these girls are ‘A graders’, and are bright and confident young women. 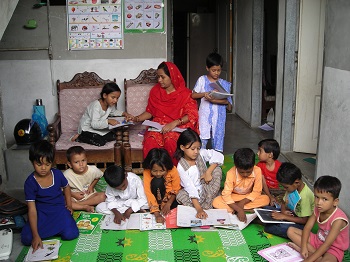 More to learn, more to discover ….

Roughly 150 of our female students are still in school and range in age from 5 to 16 years. We are already encouraging them to study further after finishing their secondary schooling. Many are from homes where both parents are illiterate. All are from economically deprived backgrounds and many live in conditions of abject poverty. Fortunately for these girls and young women, life will not be the same as it was for their mothers. They have hope. They are bright and talented and they know it. They play an important role in their homes in steering their siblings and parents. They are aware of what is going on in the world, of the pace of progress elsewhere and they want to be a part of that forward-moving world community. 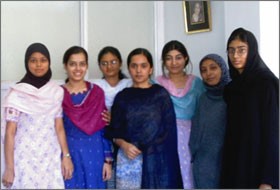 In the TOS in Pakistan, we know that what we are doing is a drop in the ocean but we also know that great things have small beginnings. With dedication and perseverance, we know that we can achieve our goal. We are inundated with applications from young girls and have to maintain long waiting lists while we look for sponsors. The ideals of the TOS are lofty and its members are privileged to be connected with it.

The Theosophical Order of Service has been active in the field of social work in the city of Karachi since the early 1950s; it has provided assistance in many forms to the underprivileged.