The Science of Wonder 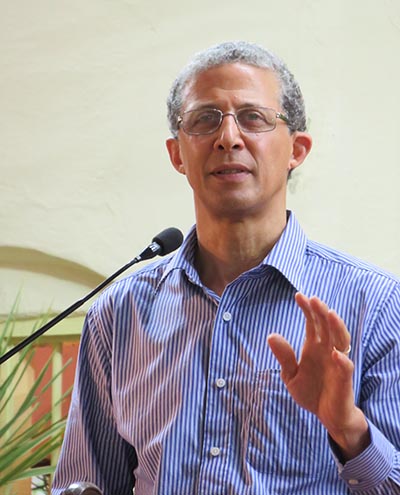 Like many other spiritual groups in the world today, the Theosophical Society expends a great deal of effort in trying to harmonize the teachings and experiences of the spiritual life with contemporary science. In our times the last thing anyone wants is to be regarded as “unscientific.” This pressure to kneel at the altar of science has been both a blessing and a curse in popularizing the truths about consciousness and the inner life.

The great blessing of science, and of the scientific method which underlies it, has been the structure of knowledge that has been built over time. This structure provides a time-tested description of the workings and laws of the natural world that serves as the springboard for future additions to humanity’s knowledge base. Practically all of the known processes of nature have been examined and described – from fire to atomic energy, from photosynthesis to cell regeneration.

It is also the nature of the scientific process to continually recheck its own conclusions. It is not static, and no doubt all of its theories will one day be discovered to be wrong at worst, or true but partial at best. Thus science is best viewed not as the final word, but as the latest word. The theory that the earth was the center of the universe was superseded by the observations of Copernicus with support from Galileo. In his own lifetime the great genius Albert Einstein and his theories of relativity were challenged by findings in the upstart science of quantum physics. The famous exchange of words between Einstein and quantum physicist Niels Bohr captures the differences in their points of view. Einstein, commenting on the apparent randomness of quantum theory, famously said, “God does not play dice with the universe.” In the face of experimental evidence demonstrating the correctness of quantum theory, Bohr’s equally witty reply was, “Who is Mr. Einstein to tell God what to do?”

From the perspective of the ageless wisdom, everything has and results from consciousness – plants, rocks, animals, people, as well as the materials and inhabitants of unseen, nonphysical realms. In The Secret Doctrine H.P. Blavatsky states, “Everything in the Universe, throughout all its kingdoms, is conscious: i.e., endowed with a consciousness of its own kind and on its own plane of perception.” One example is the phenomenon of a tree’s roots that find leaks in water and sewage lines, sometimes following a pipe for a mile. The technical name for this attraction is hydrotropism – literally a turning toward water. Heliotropism is a similar term describing plants turning toward the sun. In the mineral kingdom the pattern and formation of crystals show a similar quality of consciousness. Snowflakes, diamonds, table salt, and countless other minerals each have a specific arrangement and pattern dictated by the consciousness of that material. Scientists observe and describe these phenomena without allowing for an obvious, if unquantifiable, cause that lies beyond their accepted scope. Science examines and describes the effects of consciousness, but not consciousness itself.

In contemporary science, studies abound that demonstrate the profound transformational effects of spiritual practice. There are also literally thousands of studies that demonstrate the existence of what Indian spirituality calls the siddhis - paranormal powers which tend to be latent in most of us. Familiar forms of these powers, such as clairvoyance, telepathy or thought transference, psychokinesis, and precognition, have been rigorously tested and repeatedly verified.

So why aren’t these studies common knowledge? Why is any attempt at a fact-based discussion of these issues routinely dismissed within the scientific community? The problem is not with science, but with the limits that the scientific community places on itself. The prevailing view among mainstream scientists is that true science must limit itself to the physical world, the world that can be observed and measured by the five senses, or with the aid of those instruments which enhance the senses. From the point of view of the spiritual practitioner, this is a serious limitation. Consciousness cannot be perceived by the physical senses.

Although paranormal capacities are dismissed by most physical scientists, modern practitioners of ancient spiritual traditions routinely apply the word “science” to their practices and teachings. The Dalai Lama has frequently said that each of us has access to the greatest laboratory possible to test and develop the teachings on compassion and wisdom – the laboratory of our own minds. In her writings HPB often referred to the “secret science” and “occult science.” One of her definitions of Theosophy was couched in distinctly scientific terms: “Theosophy is the accumulated wisdom of the ages, tested and verified by generations of seers.” There is no essential difference between physical science and the science of consciousness (Theosophy). It is strictly a matter of what band of the spectrum of consciousness is the focus.

The “scientific method” is at the core of every systematic approach to advancing knowledge and experience. Whether we attempt to understand the outer or the inner world, we first observe, then experiment. Out of this we form ideas (hypotheses) which we test and modify.

How can this method be applied? Let’s take a common human emotion – anger. We begin by observing what is happening inside of us when it arises. We observe that anger gives a powerful surge of energy. We also observe that it tends to go out at other people or situations. If we look closely at what is happening in our bodies, we see that the surge of energy is experienced as a heat, often focused in the head. We observe that angry outbursts tend to drive people away from us and fuel the anger in others. Seeing these things, we experiment. We might try suppressing our anger and check the results. We could try expressing it – shouting at people, striking them – and see what happens. We might draw on the accumulated knowledge of others who have addressed this issue. Sometimes they advise us to focus our breathing on the place in the body where the anger is felt, <>from the moment we first feel it until it fades. As a result of these experiments, we might form the hypothesis that anger is essentially an energetic experience and that regulation of the breath and focusing the awareness can moderate or relieve the uncontrolled effects of anger. We might also come to a more generalized conclusion that all emotions are energetic in nature and can be addressed by similar means. This would call for further experimentation.

It is unfortunate that our normal approach to such things is far less scientific. Over the course of our lives most of us develop a set of habitual responses which as often as not give us unsatisfactory results. We forget what has been called “the first law of holes” - “when you find yourself in a hole, the first thing you should do is stop digging.”

Great spiritual teachers throughout history have rooted this scientific approach in their teachings. Much as the physicist presents mathematical formulas to be tested, wise men and women have passed down similar formulas for us to test and verify in our own lives. Below I share two such formulas with the suggestion that you take each one as an experiment. Through your self-experimentation you will be able to confirm the theory, reject it, or modify it according to your own findings. In the Buddha’s words, “</>Believe nothing, no matter where you read it, or who said it, no matter if I have said it, unless it agrees with your own reason and your own common sense,”and “o<>nly accept what passes the test by proving useful and beneficial in your life.”

The first formula comes from The Voice of the Silence. “Self-knowledge is of loving acts the child.” The experiment necessarily involves an initial determination of what constitutes a “loving act,” followed by some consistency in behaving in that way. If the theory is correct, this behavior should result in a deepening sense of connection with the Self, the transcendent consciousness of the deepest recesses of our being.</>

The second formula is attributed to Johann Wolfgang von Goethe. Although it is unlikely that all of the words were actually his, its value is self-evident. “Until one is committed there is hesitancy, the chance to draw back. Concerning all acts of creation there is one elementary truth the ignorance of which kills countless ideas and splendid plans: that the moment one definitely commits oneself, then Providence moves too. All sorts of things occur to help one that never would otherwise have occurred. A whole stream of events issues from the decision, raising in one’s favor all manner of unforeseen incidents and meetings, and material assistance, which no man can have dreamed would have come his way. Whatever you can do, or dream you can do, begin it. Boldness has genius, power, and magic in it.”

Little more needs to be said. The experiment? Commit and observe.

[This article was previously published in Quest magazine, Viewpoint, spring 2014.]